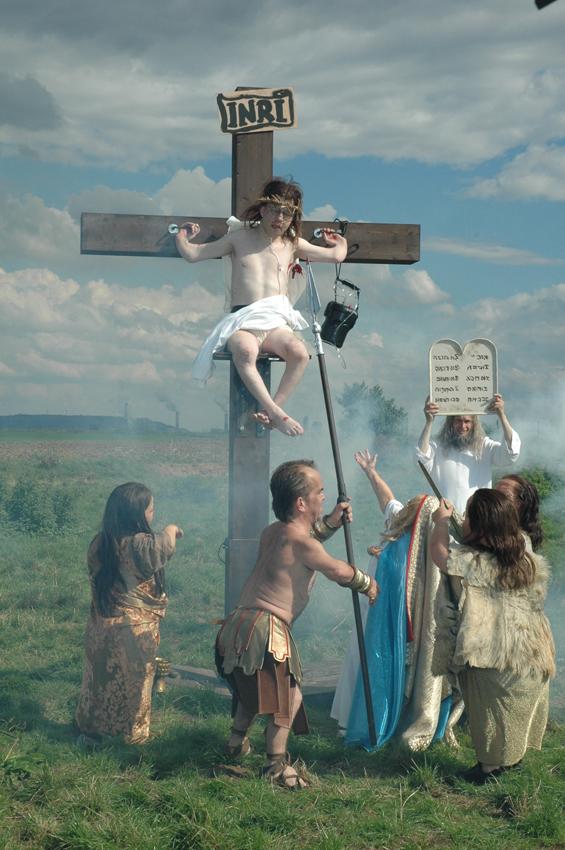 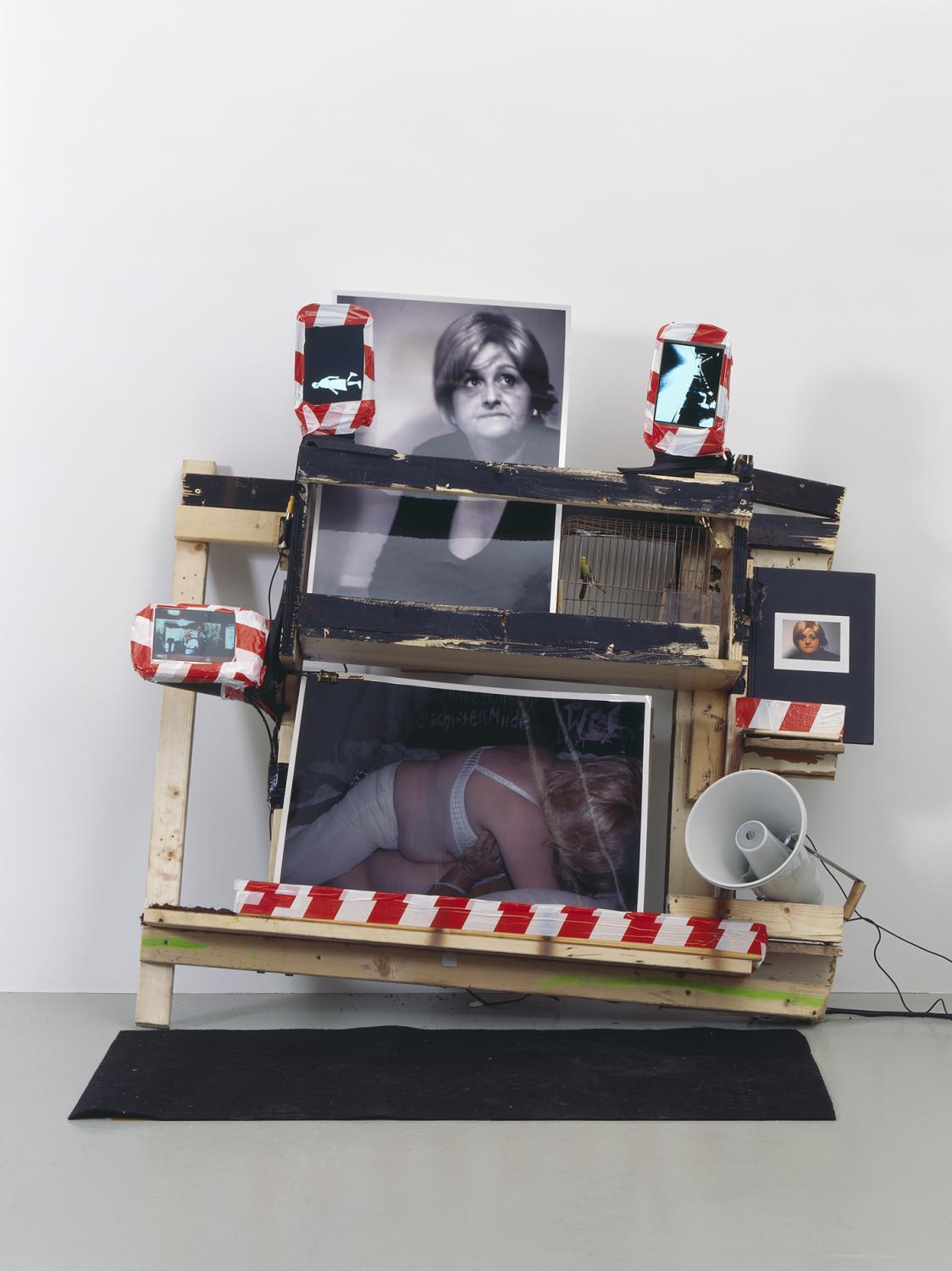 Christoph Schlingensief (*1960 Oberhausen, Germany)  was a German theatre director, performance artist and filmmaker. Starting as an independent underground filmmaker, Schlingensief later staged productions for theatres and festivals. In the final years before his death, he staged Parsifal at the Bayreuth Festival and worked at several opera houses, establishing himself as a Regietheater artist.

In 1997, Schlingesief staged an art action at the documenta X exhibition in Kassel as part of the performance space "Hybrid WorkSpace," which was curated by Klaus Biesenbach, Nancy Spector and Hans-Ulrich Obrist. In 1999, invited by P.S.1 Contemporary Art Center and organized by Klaus Biesenbach, Schlingensief carried out a performance at the Statue of Liberty in New York City, where, kneeling down at the foot of the statue, he handed Germany over to globalization.

In 2007, the Haus der Kunst, Munich, mounted an exhibition of Schlingensief's work; it presented African Twin Towers and short films that had been shot while the artist directed The Flying Dutchman at the Teatro Amazonas in Manaus, Brazil.

In 2011 he was awarded the Golden Lion at the 54th Venice Biennale for his work in the German Pavilion.

Schlingensief's commitment to developing nations later took him to Burkina Faso, where he was awarded a concession to build an opera house, arguably his most ambitious project. The project, which received funding from the German government, was also to include a theater and film school, and an infirmary. Construction began in January 2010, near Ouagadougou, and was later continued under the guidance of Schlingensief's wife and long-time assistant Aino Laberenz, whom he married in 2009.

In his last productions, such as the fluxus oratorio Church of Fear and the ready made opera Mea culpa, he staged his own cancer experience,[16] and related it to his first 'stage experience' as a young altar boy.