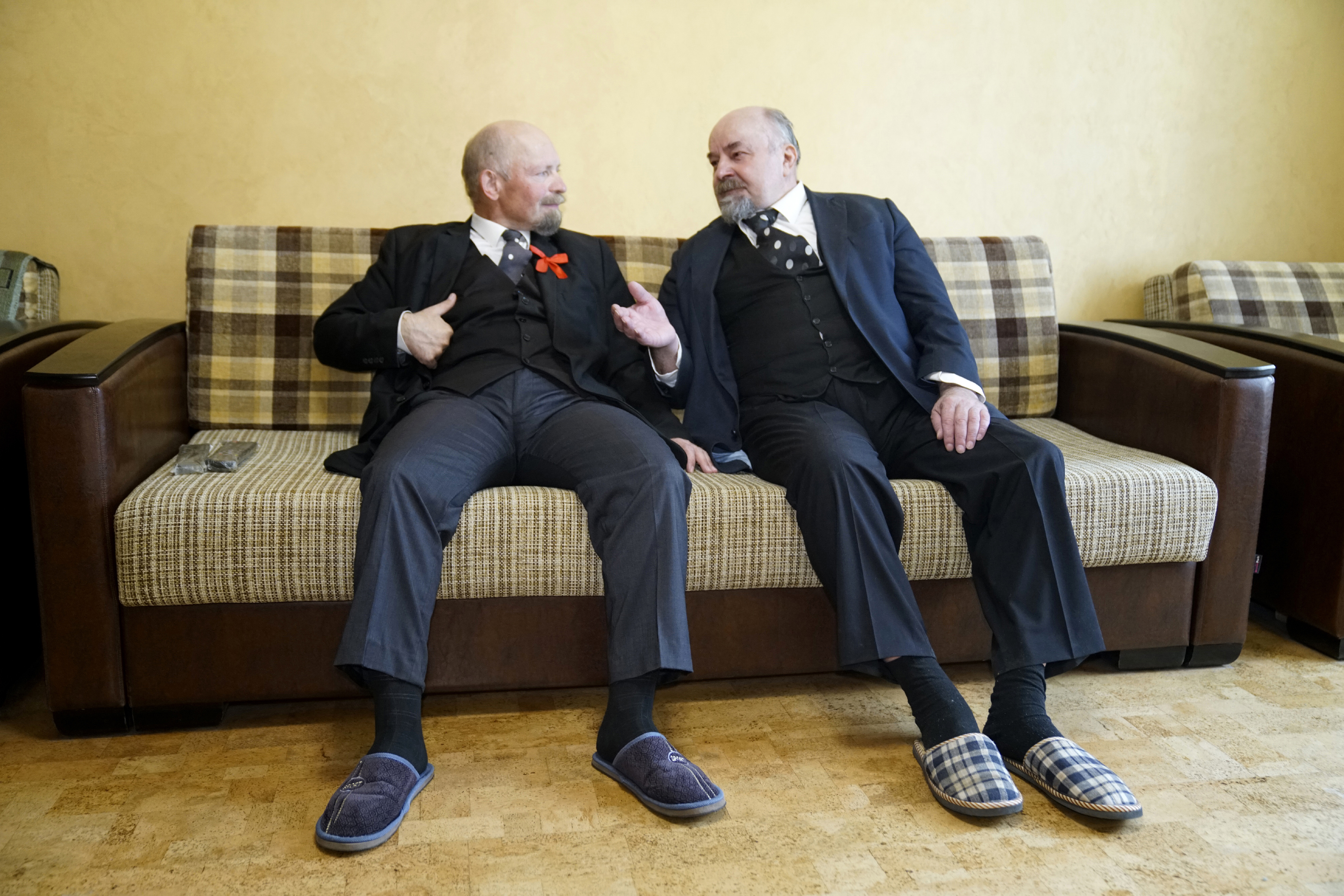 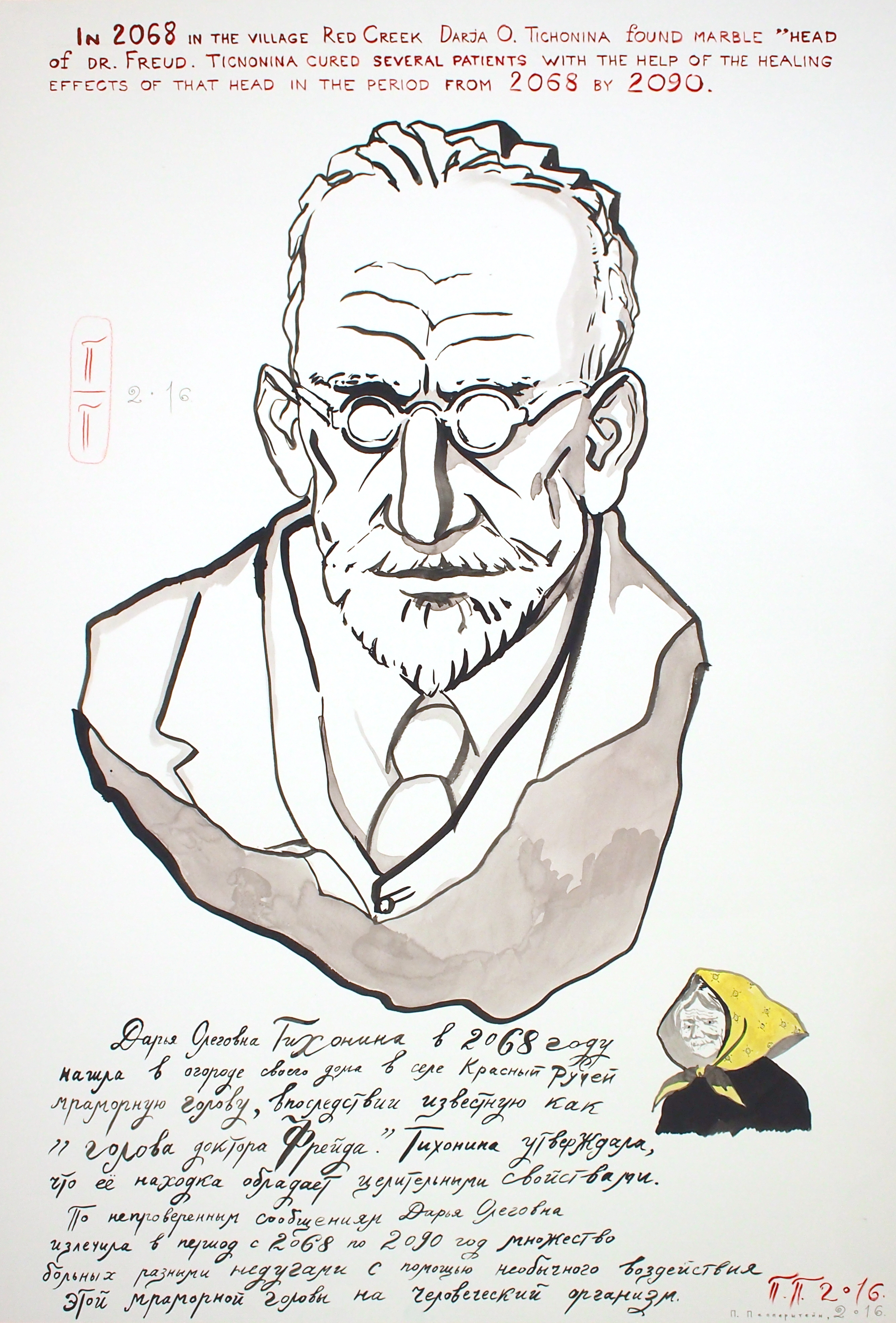 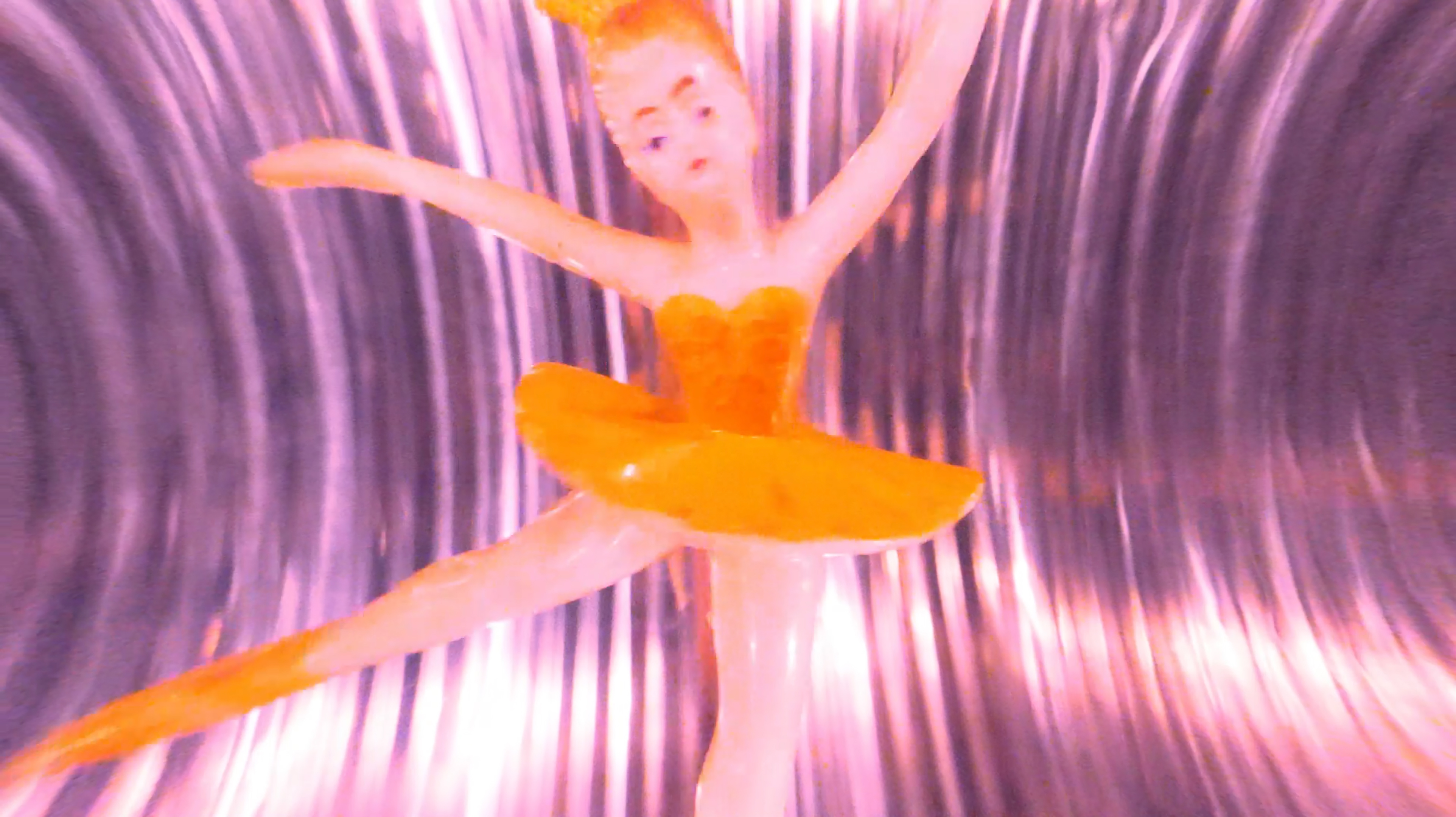 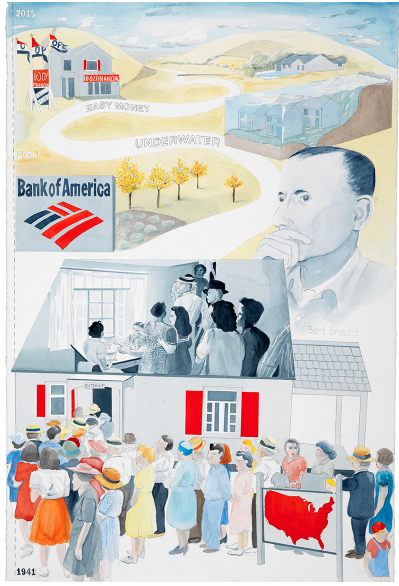 The title of the show refers to the most quoted and misquoted phrase from Karl Marx’s “The Eighteenth Brumaire of Louis Napoleon” where he refers to Hegel’s idea about appearance twice of great historical events and persons.[1]

The show represents artists who are working with carnivalesque character of history in the changing political circumstances. Revolution creates pathos aimed at conquest of the future - Cronus who is swallowing his children, counterrevolution vomits time back – Anorexia caused by fear of overwhelming living dead returns.

Pavel Pepperstein, post-conceptual artist, one from the founder of influential Medical Hermeneutic group, who works in a style self-defined him as “psychedelic realism” combines fantasy and dreams about future referring to past. He explores archeology of Utopia. In his drawings, paintings and installations he refers to the most influential ideas in philosophy, religion, and art of the XIX-XX c. launching it into deep space of distant future. Zoe Beloff works with psychoanalysis, social history and media archeology and in her films, installations and drawings. Artist’s radical art is humorous and carnivalesque. She demonstrates parallels between historical timelines her recent series “The Parade of the Old New” by creating historical allegory of the American body politic in the 1930th and today. The title is taken from a 1938 poem by Bertolt Brecht. “A World Redrawn” explores Brecht’s ideas of film “A Model Family in a Model home” and Sergei Eisenstein’s scenario “Glass House” dedicated to the architecture of surveillance. Anna Jermolaewa explores the influence of politics on the individual, it could be said that she works with biopolitics as a subject and object in her photographs, video and installations. In her recent series of video “Doubles” artist represents a phenomenon of political doubles, people who are earning money by theirs appearance as a political leaders of the past and present time wandering on the Red Square in Moscow. The historical figures who frightened country became a part of funny entertainment. She works with everyday life that transforms the appearance as in her series “Noses” that refers to recent quarantine prescriptions and phantasmagories from the XIX c. like Gogol’s “Nose” novel. Tanya Akhmetgalieva in her video works includes viewer in monotone movement where there is no escape. Introvert swallowing flaws of bright color images and sound helps to immerse yourself into scary fantasy to enjoy bad night stories again. It could be the story about old slot machines that gives us back mass cultural icons like in her recent “Probably she will be laughing”. As artist told once “I know that viewer is scared. I have no propose to scary anybody. It just happened”.

If the history repeats itself twice then it gives a hope that after tragedy the time comes to comedy, expectation of carnival helps to cope with anxiety and fear.