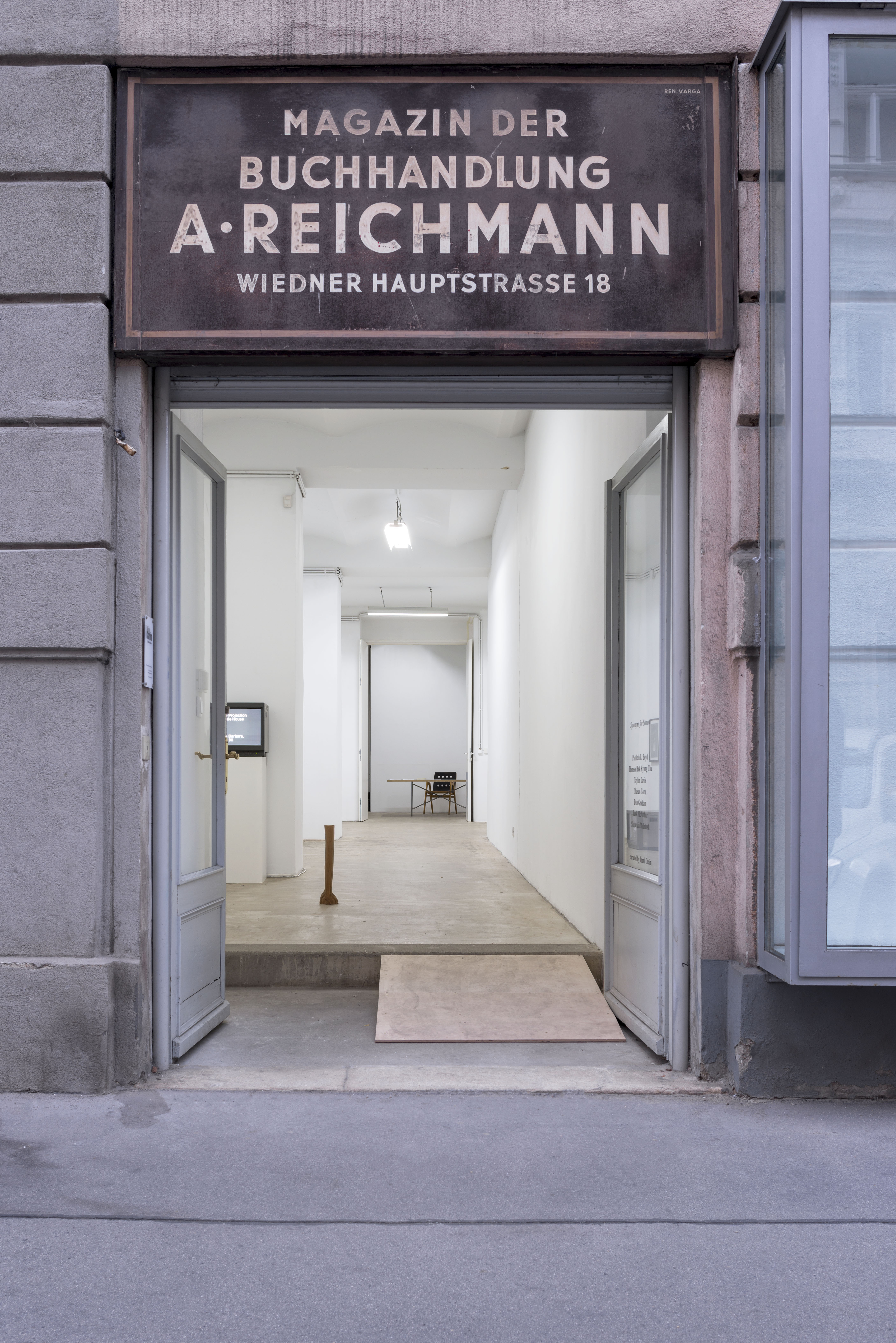 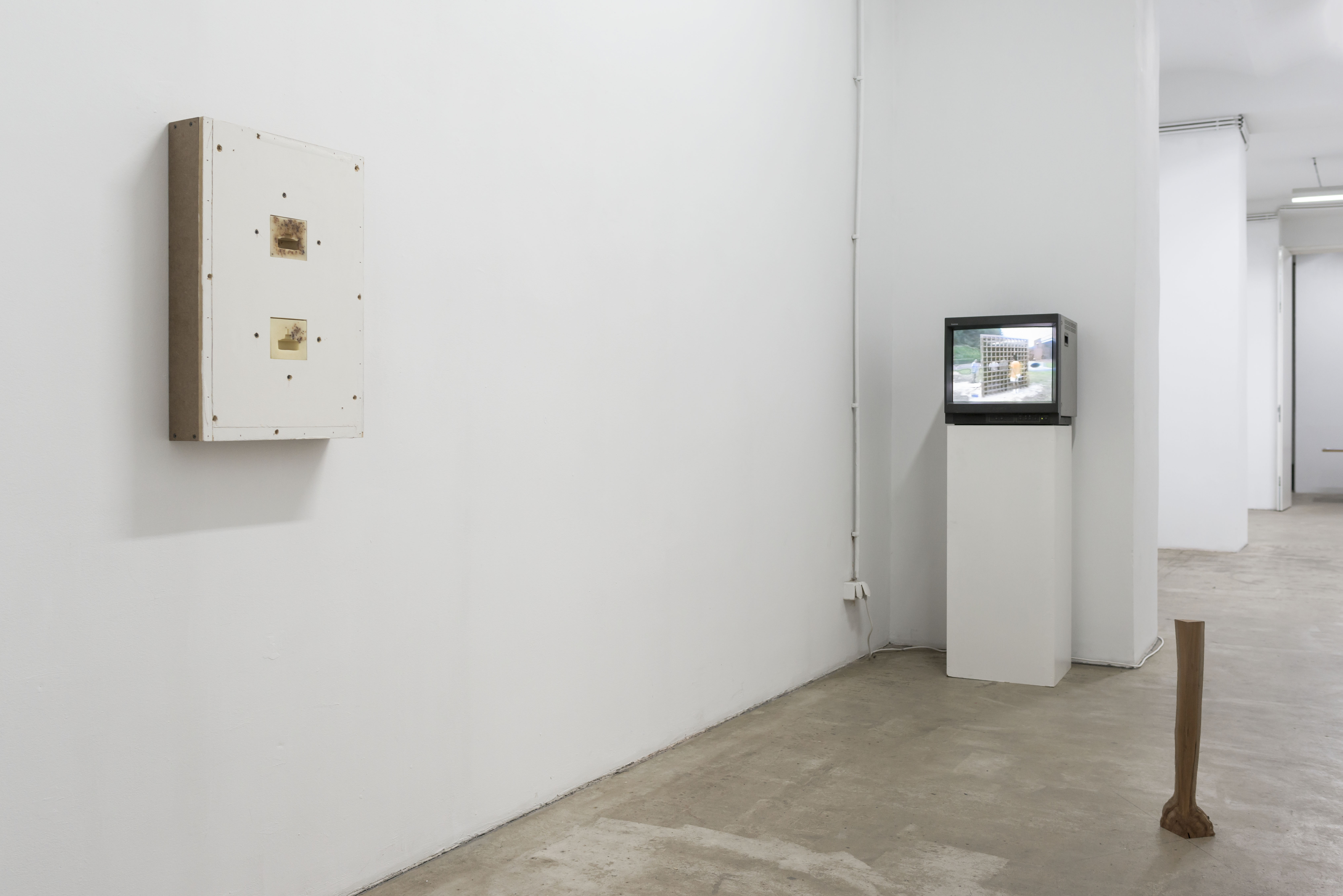 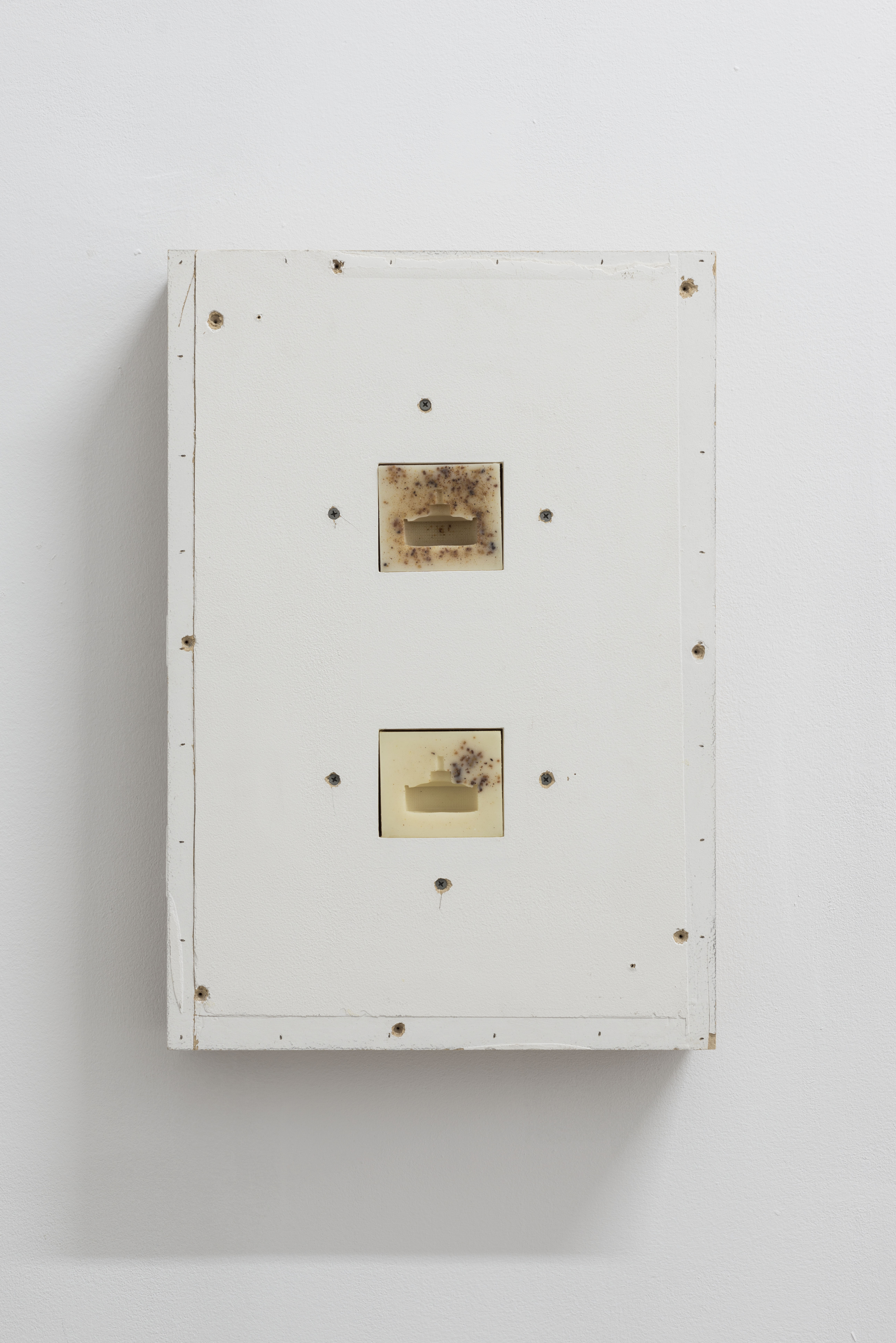 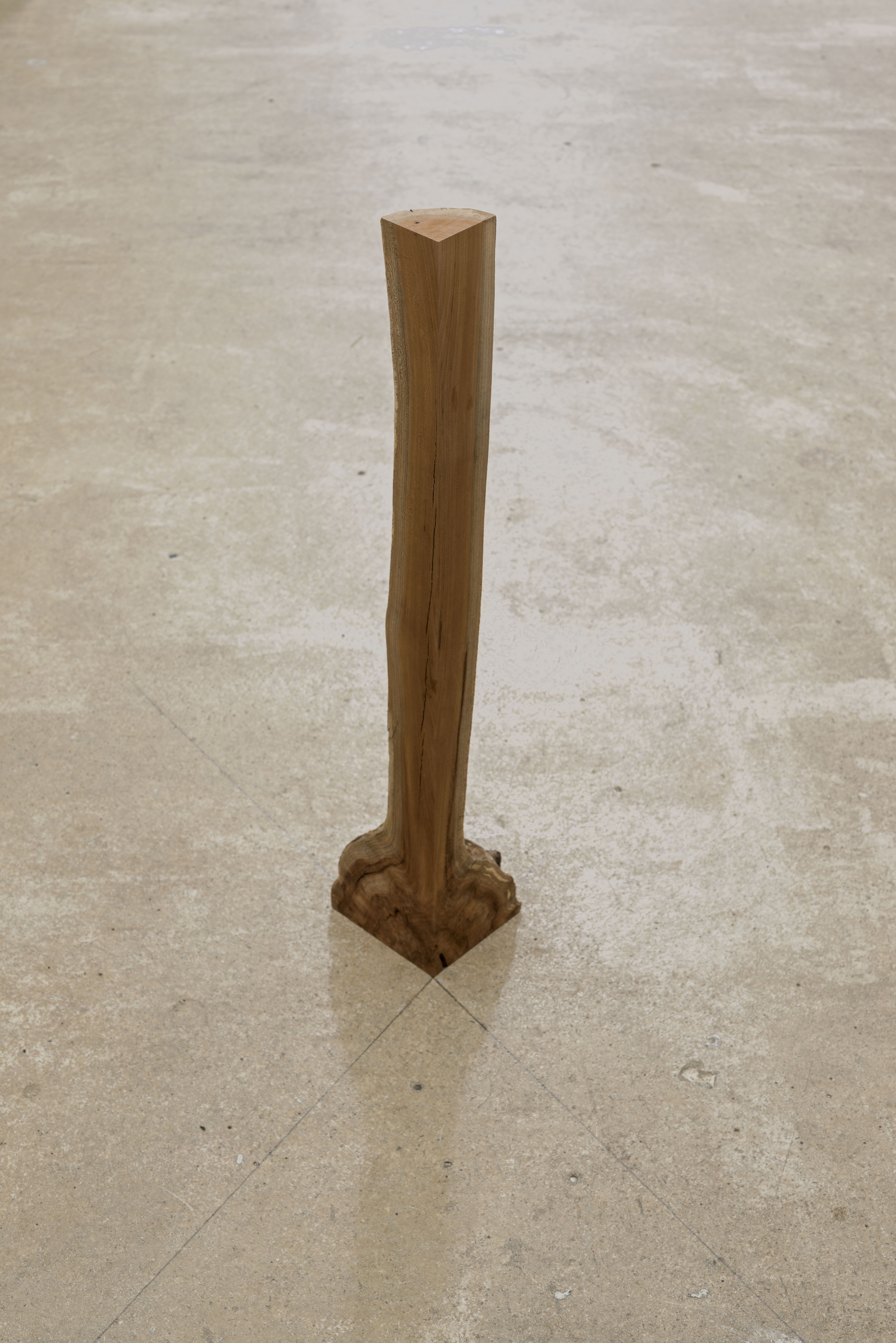 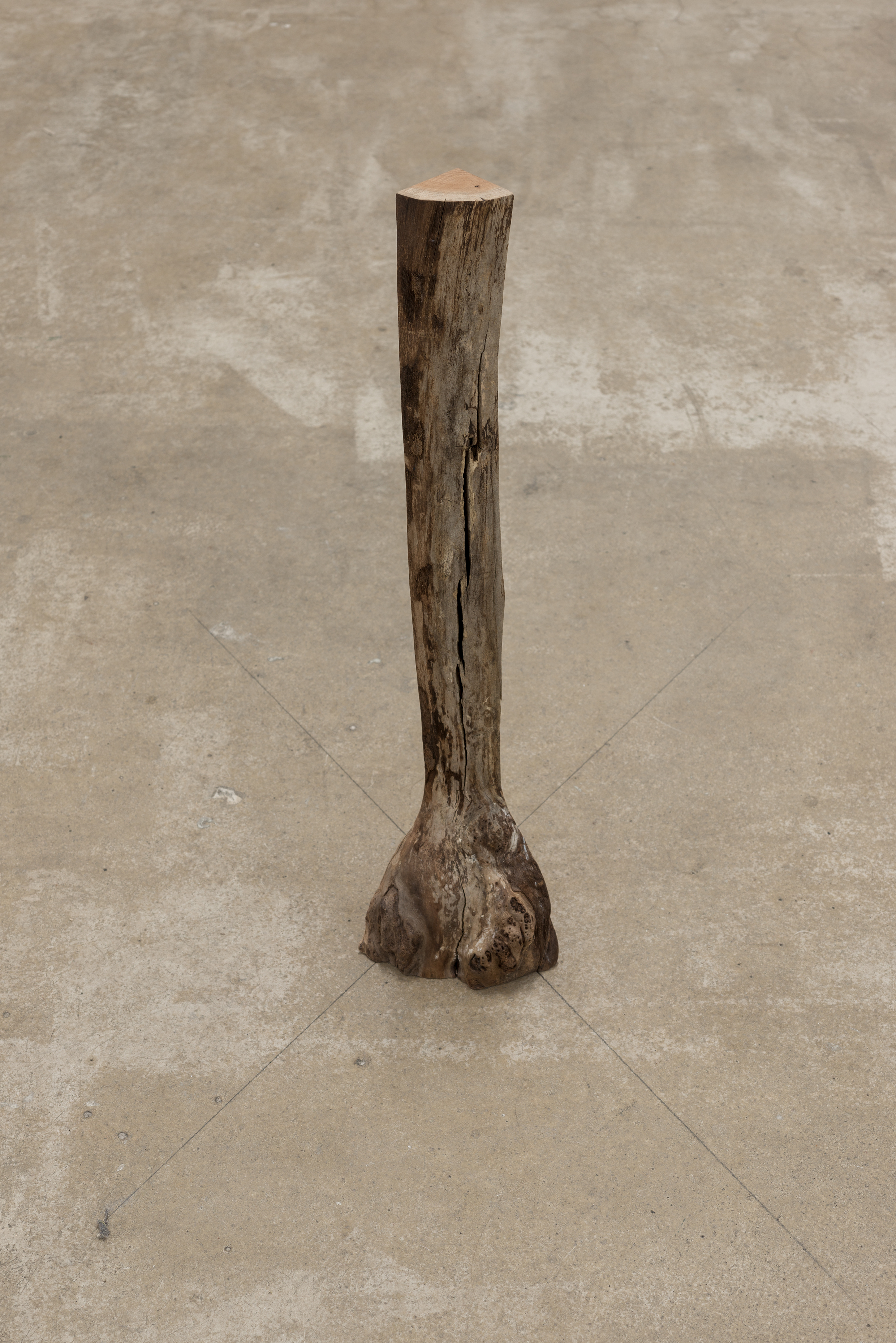 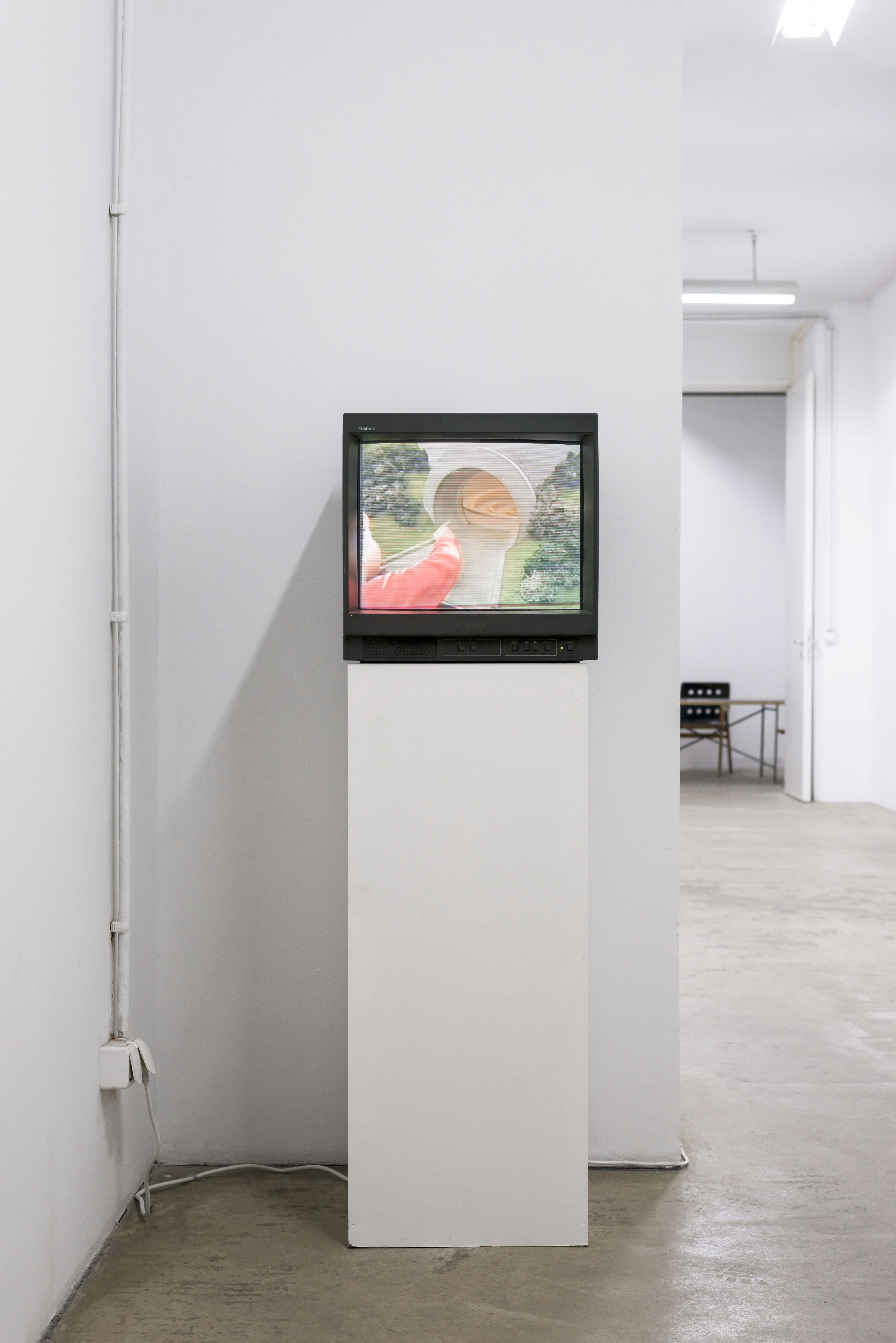 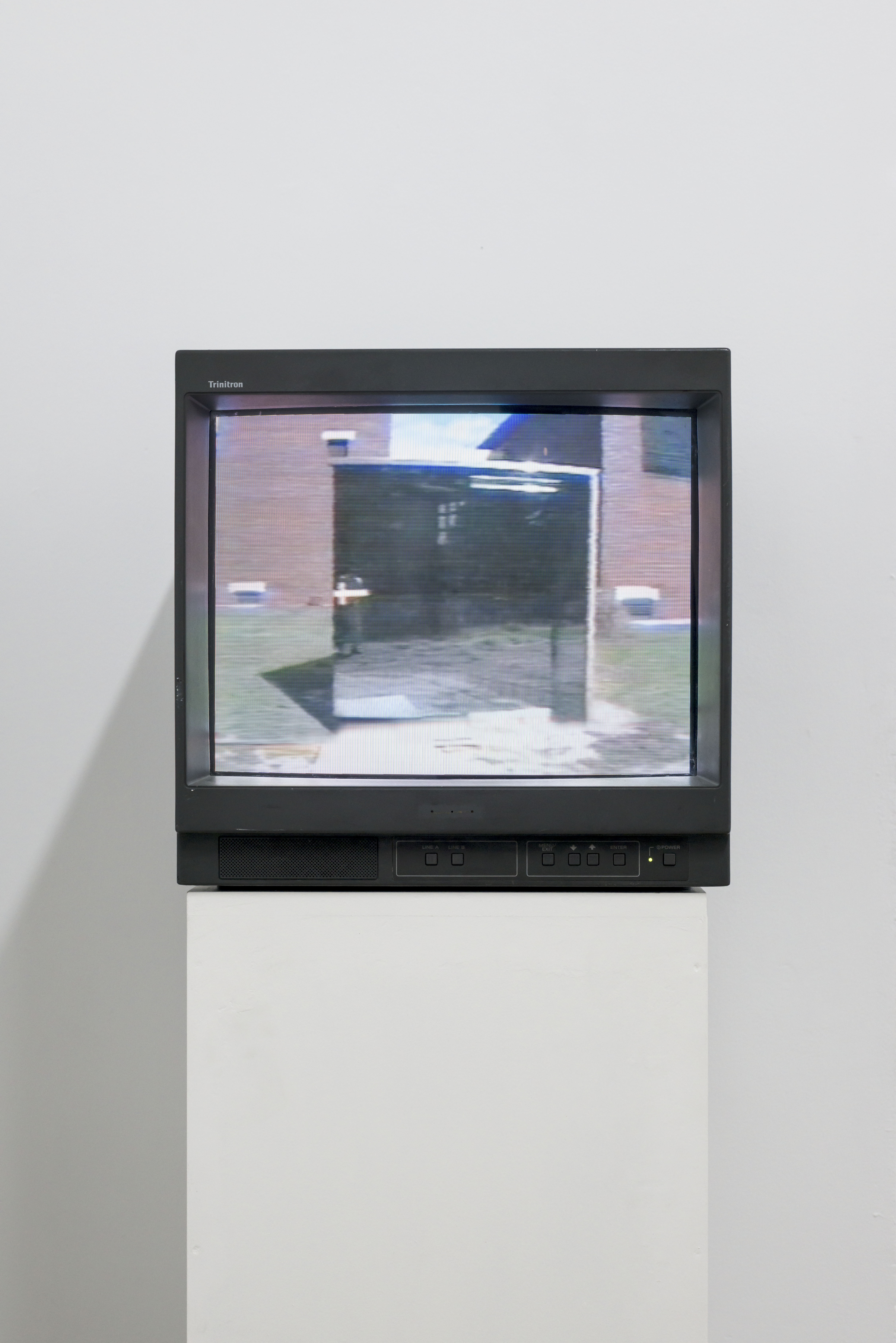 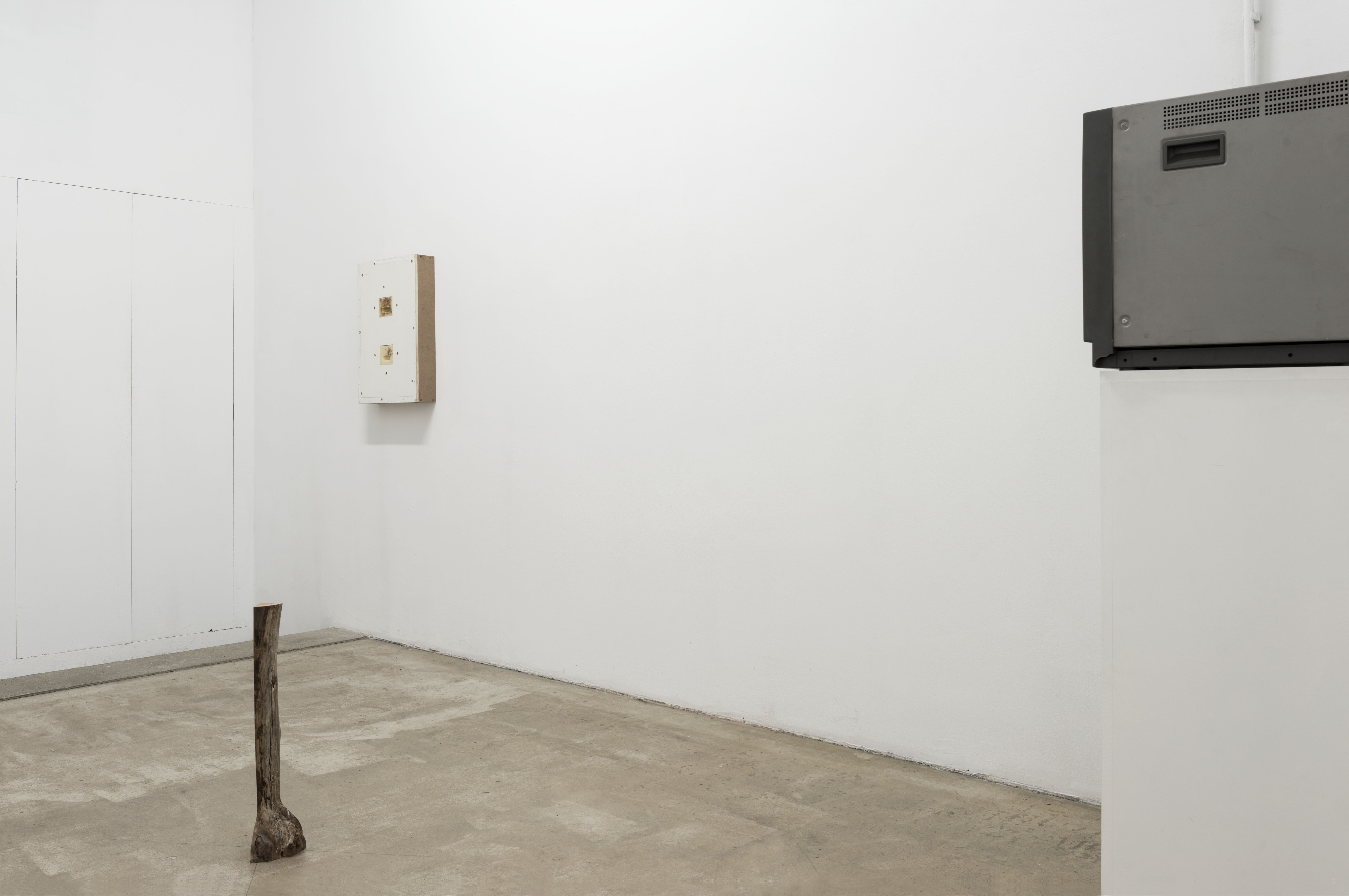 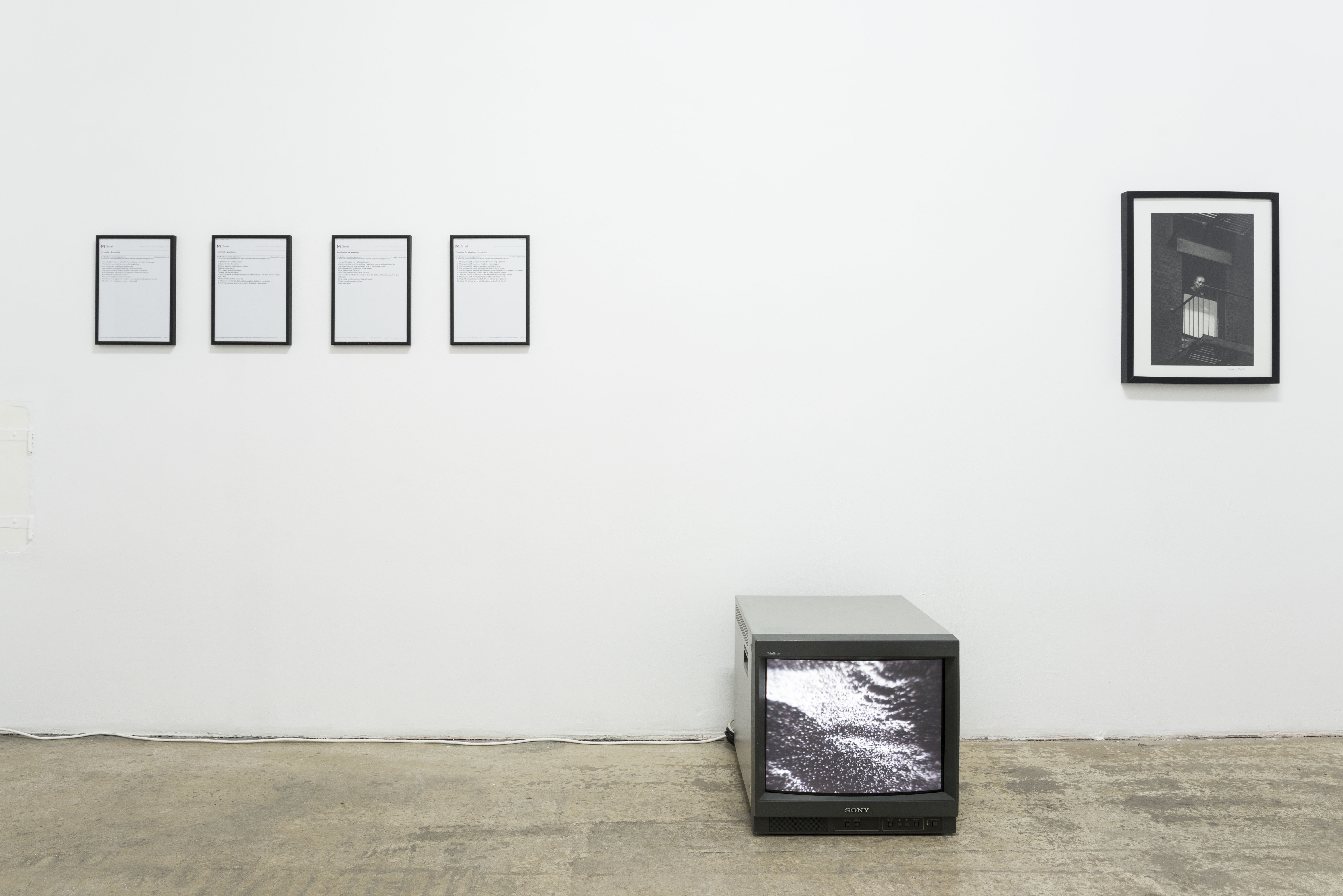 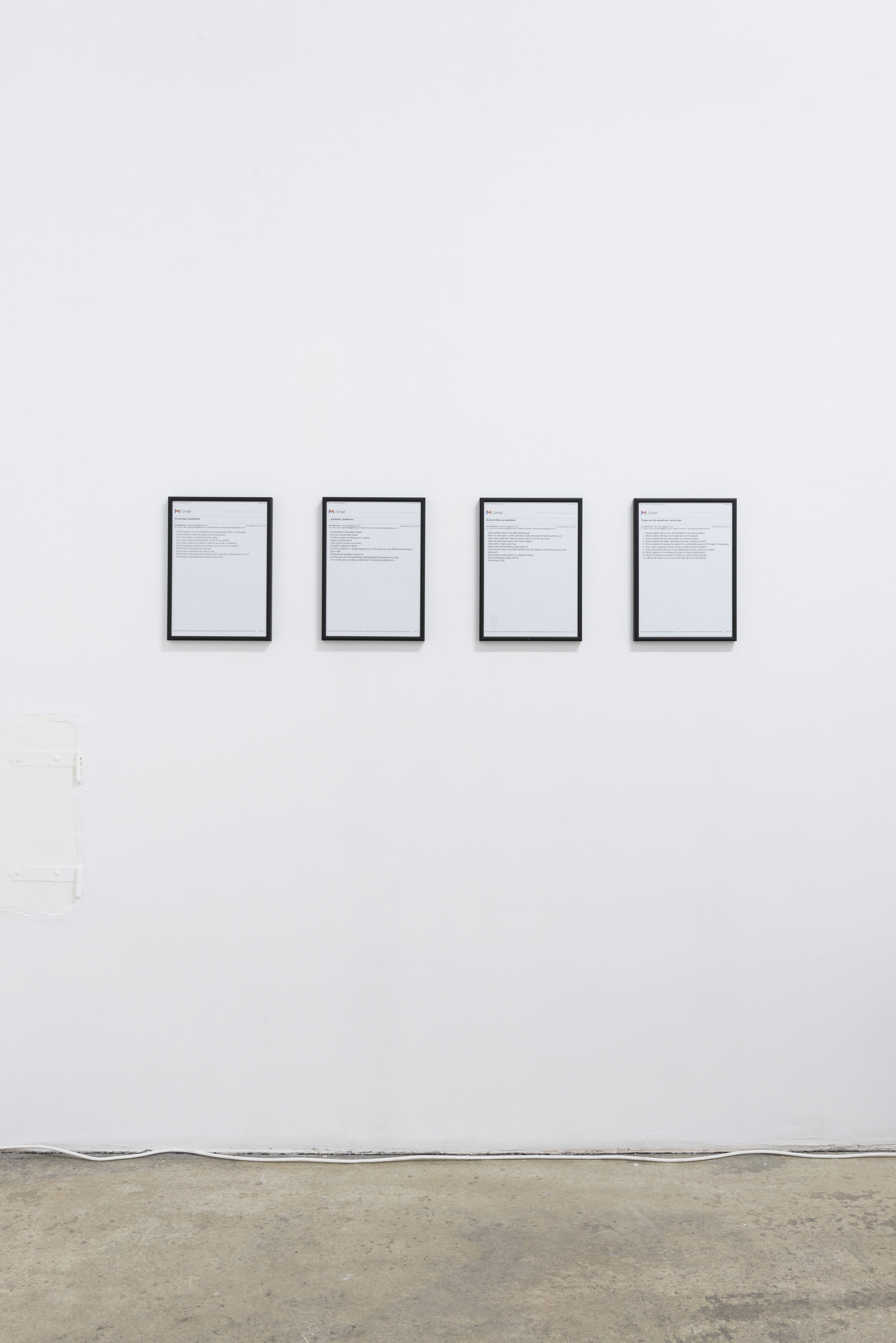 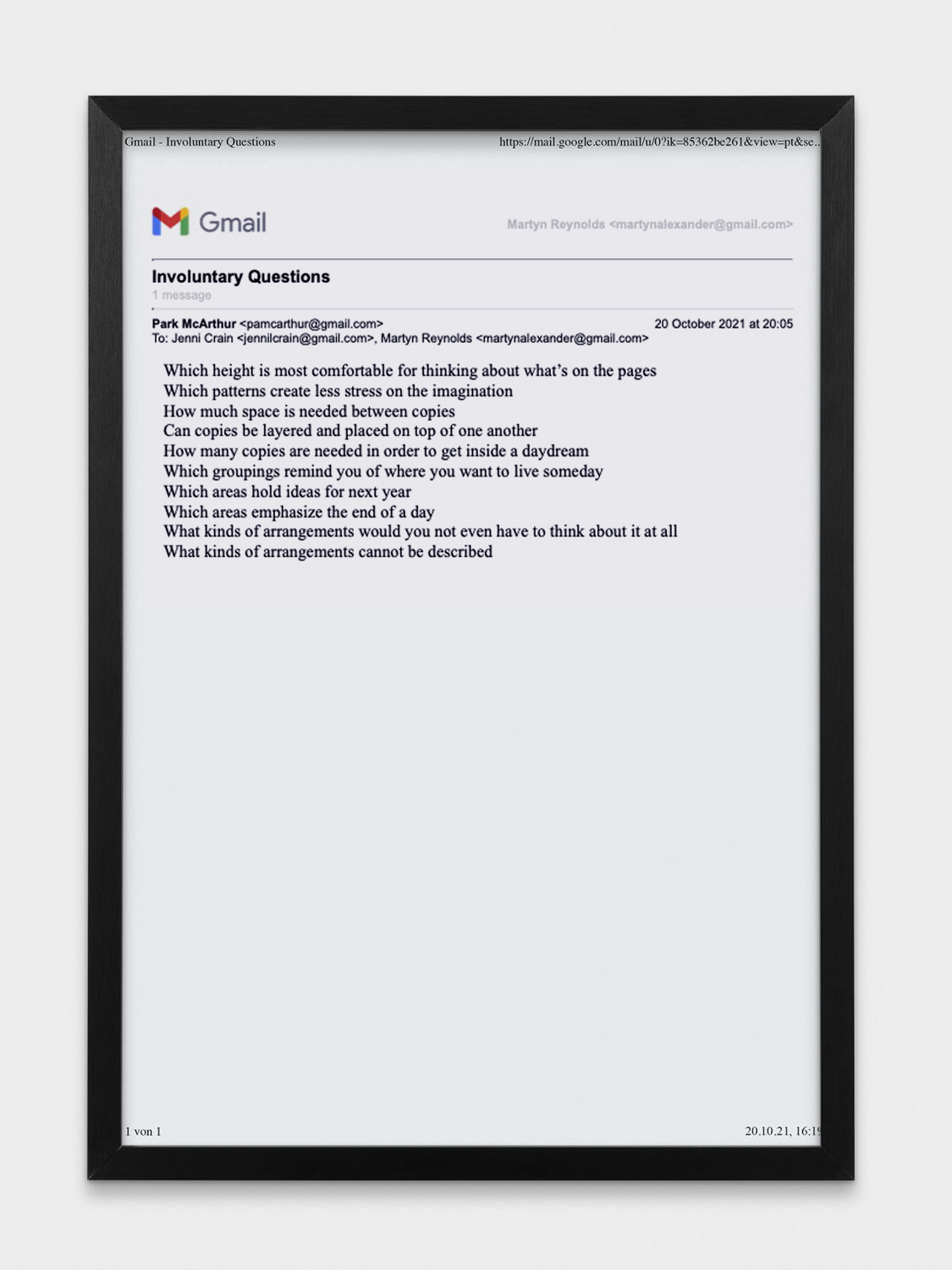 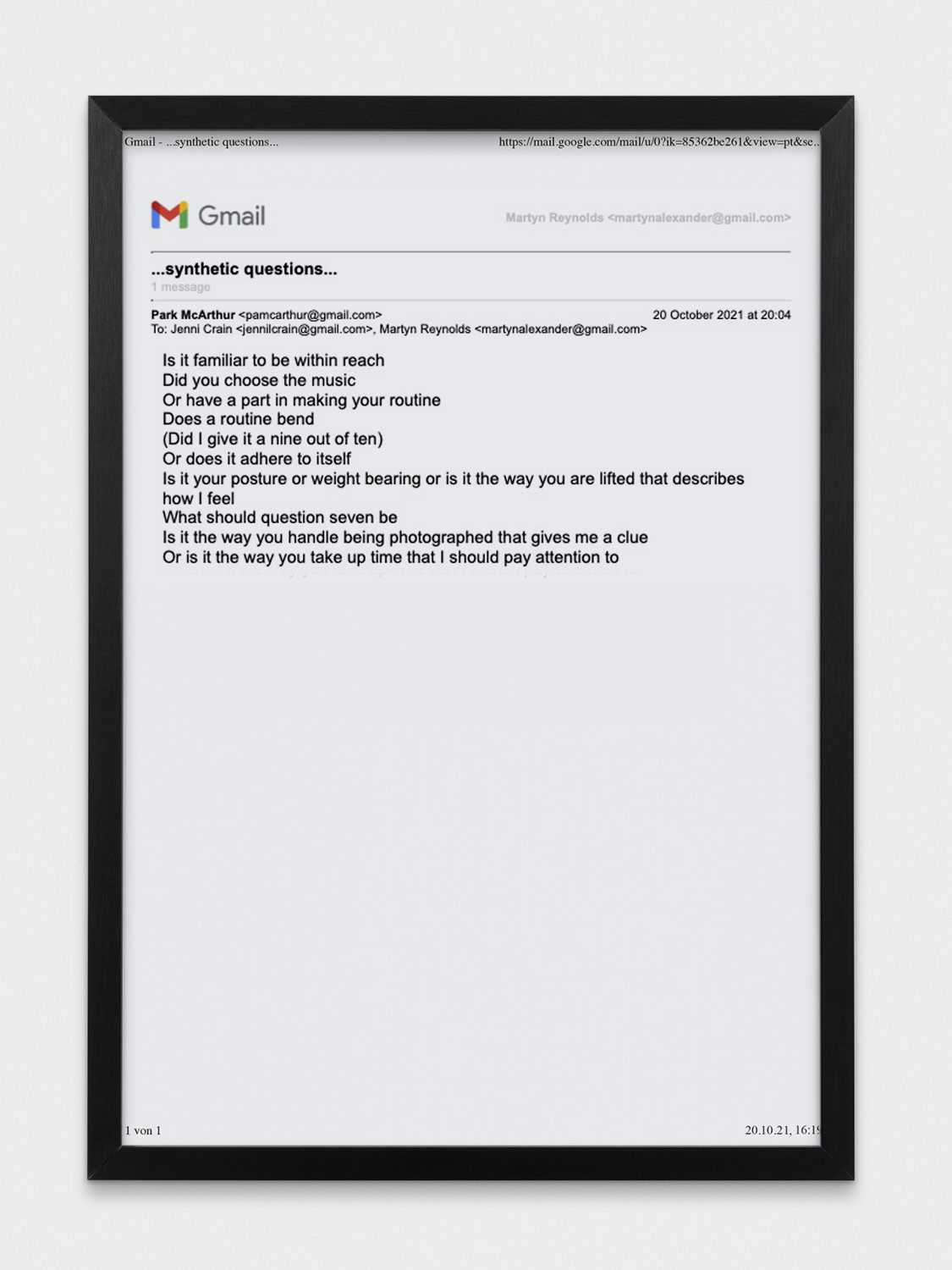 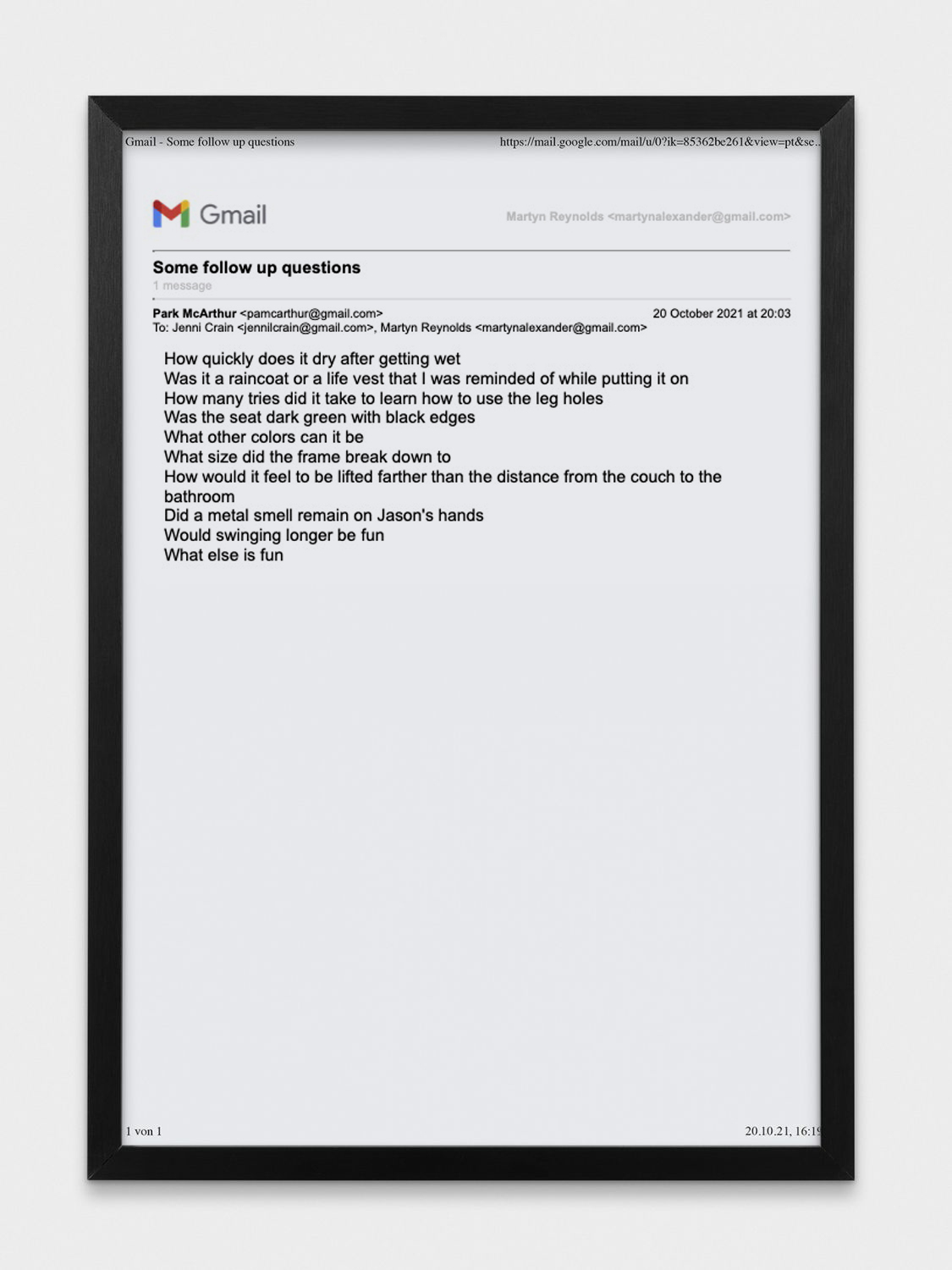 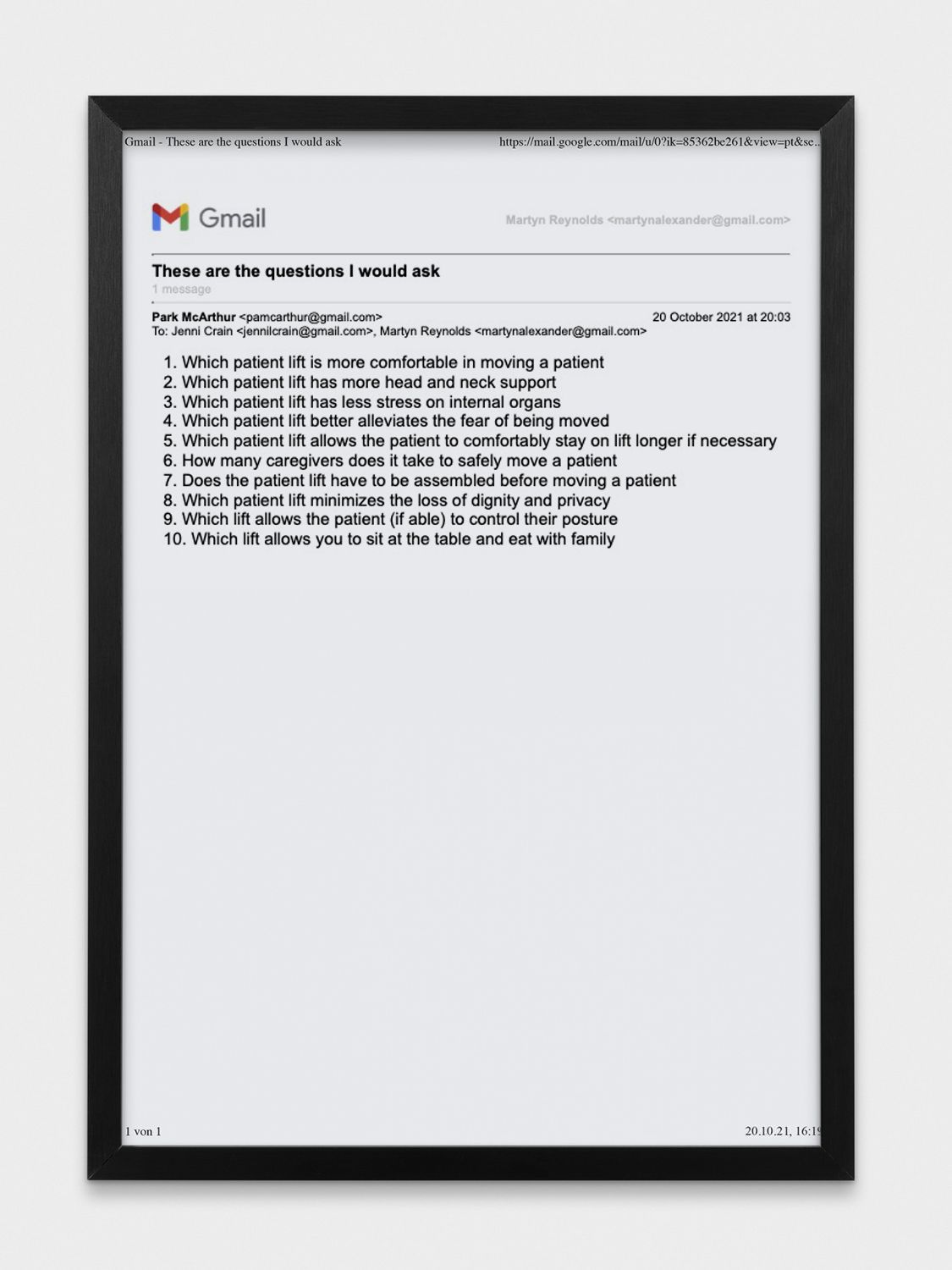 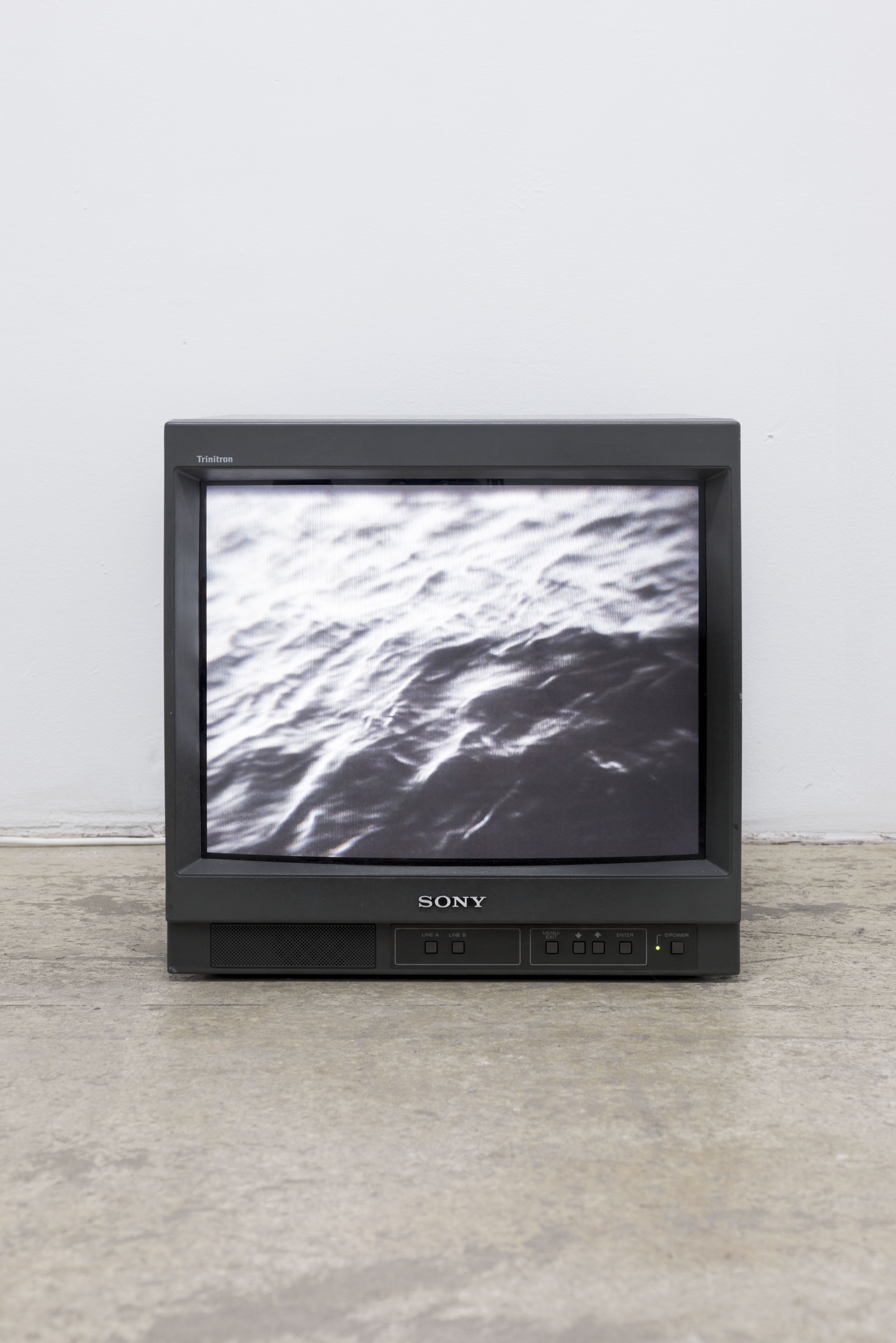 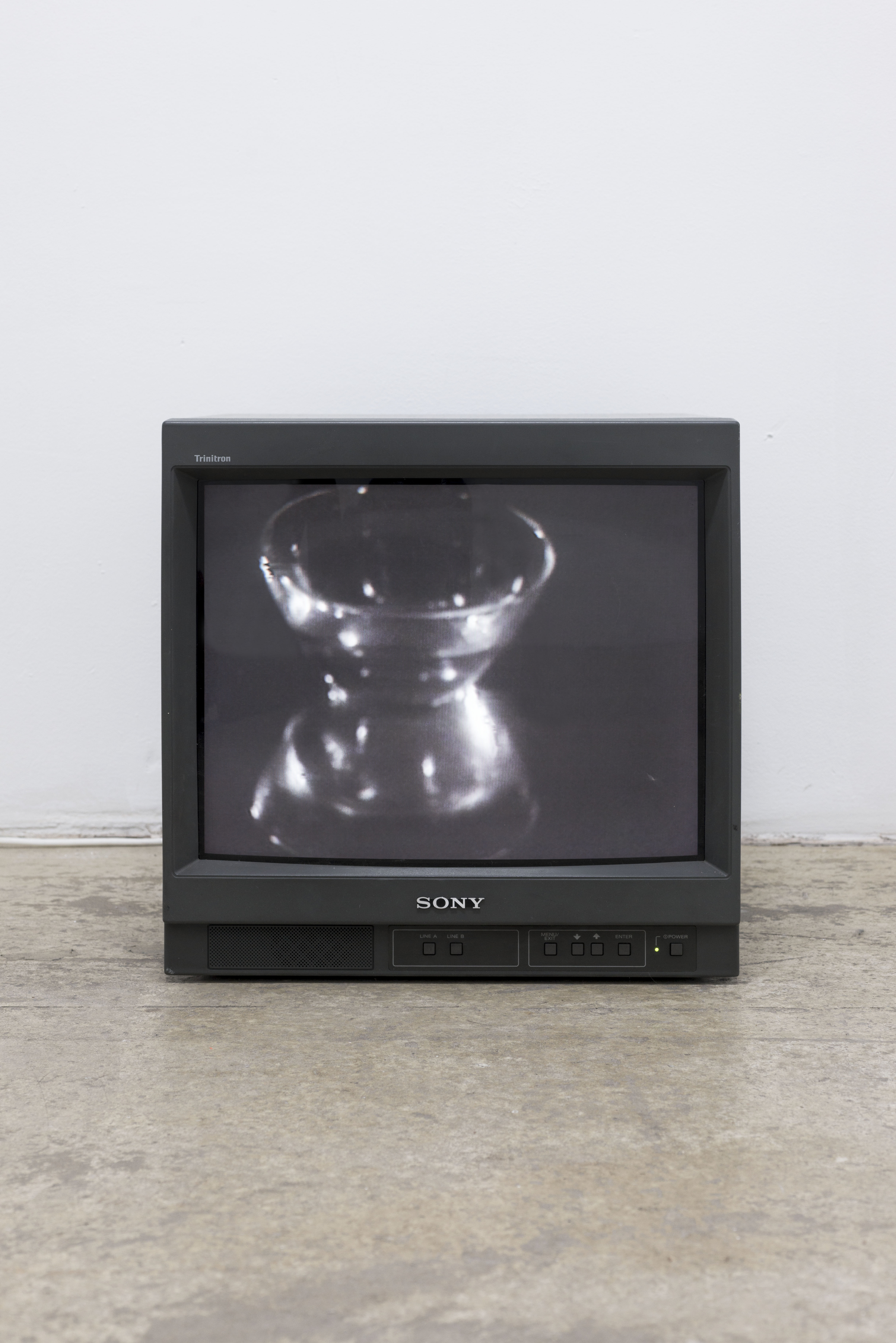 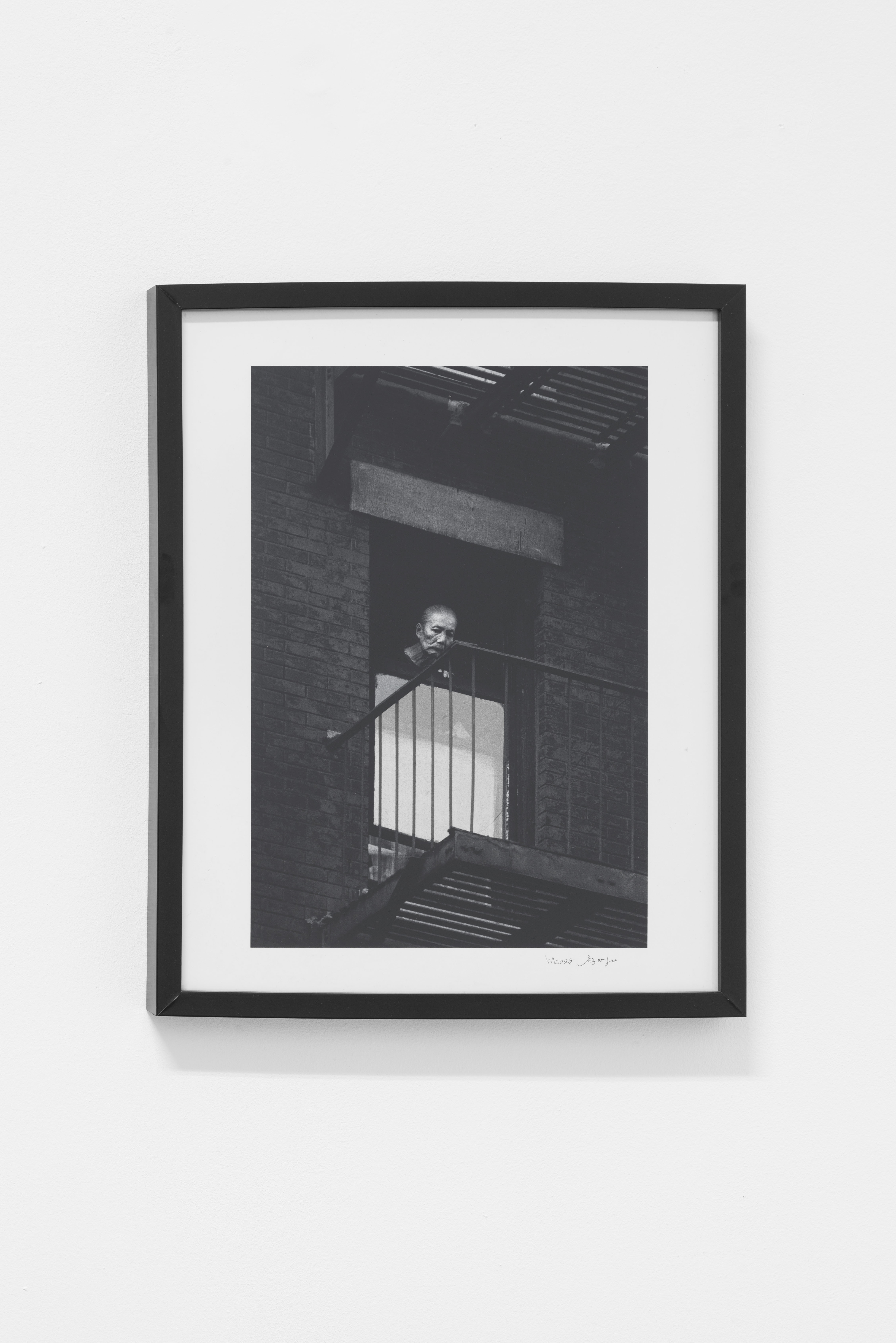 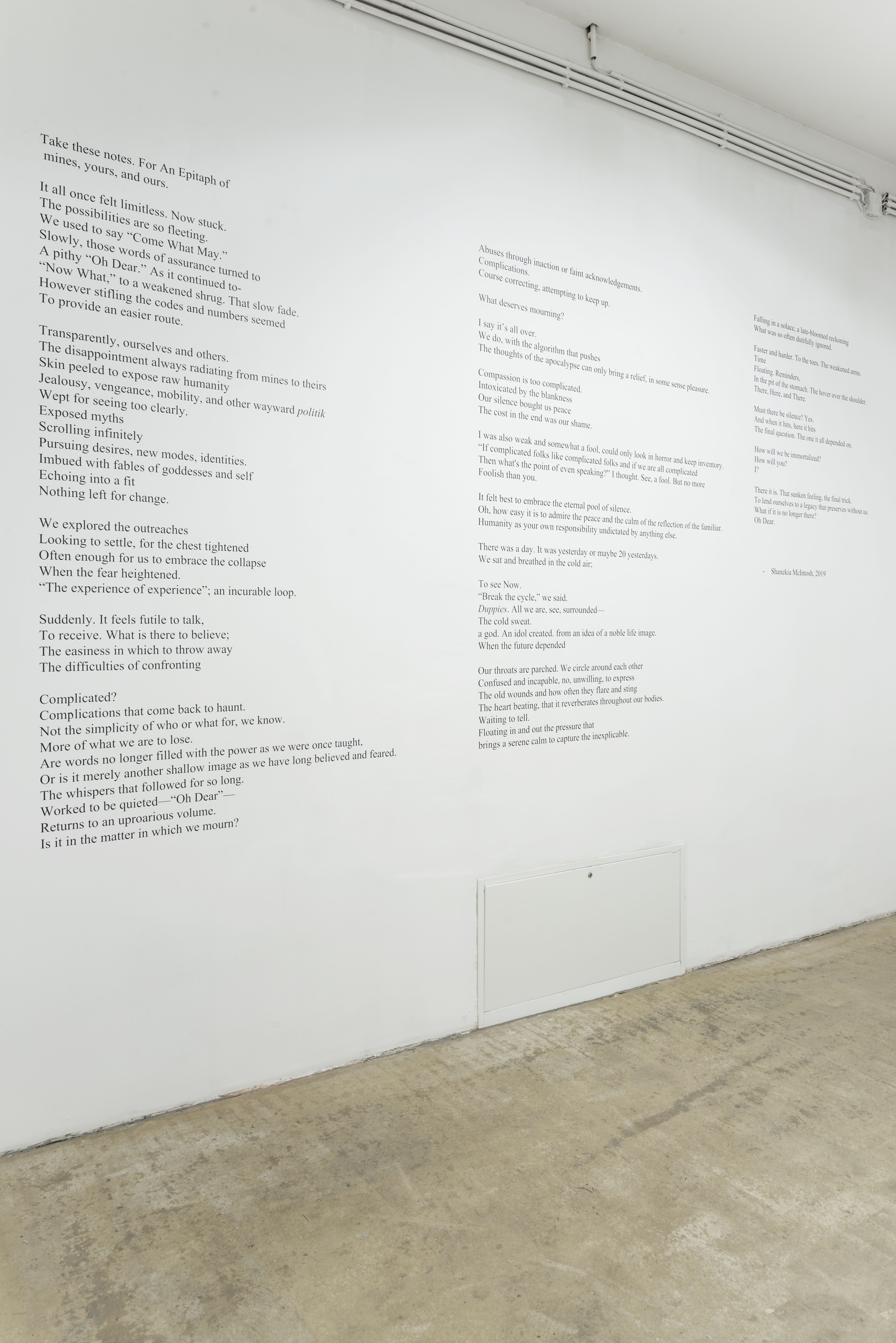 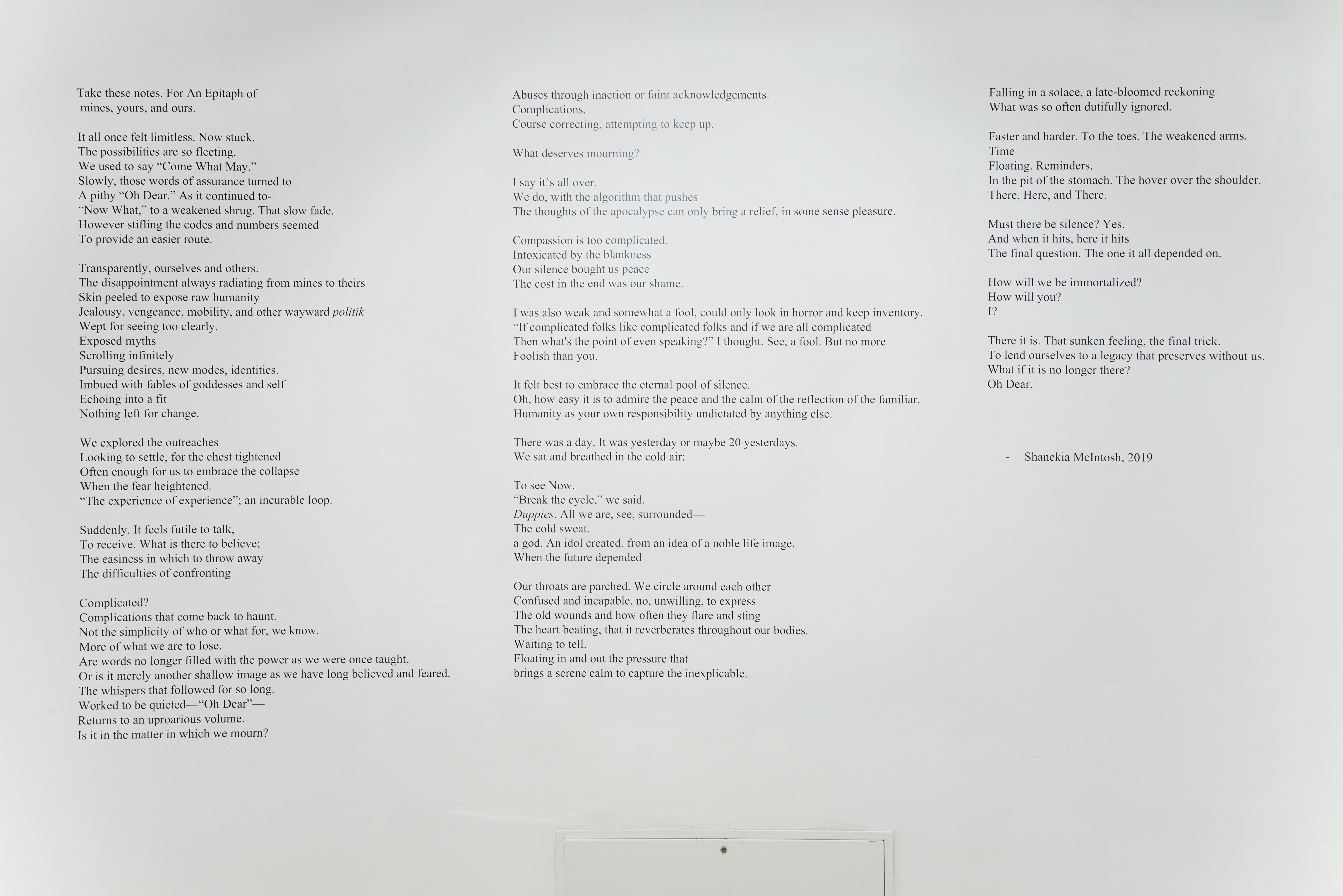 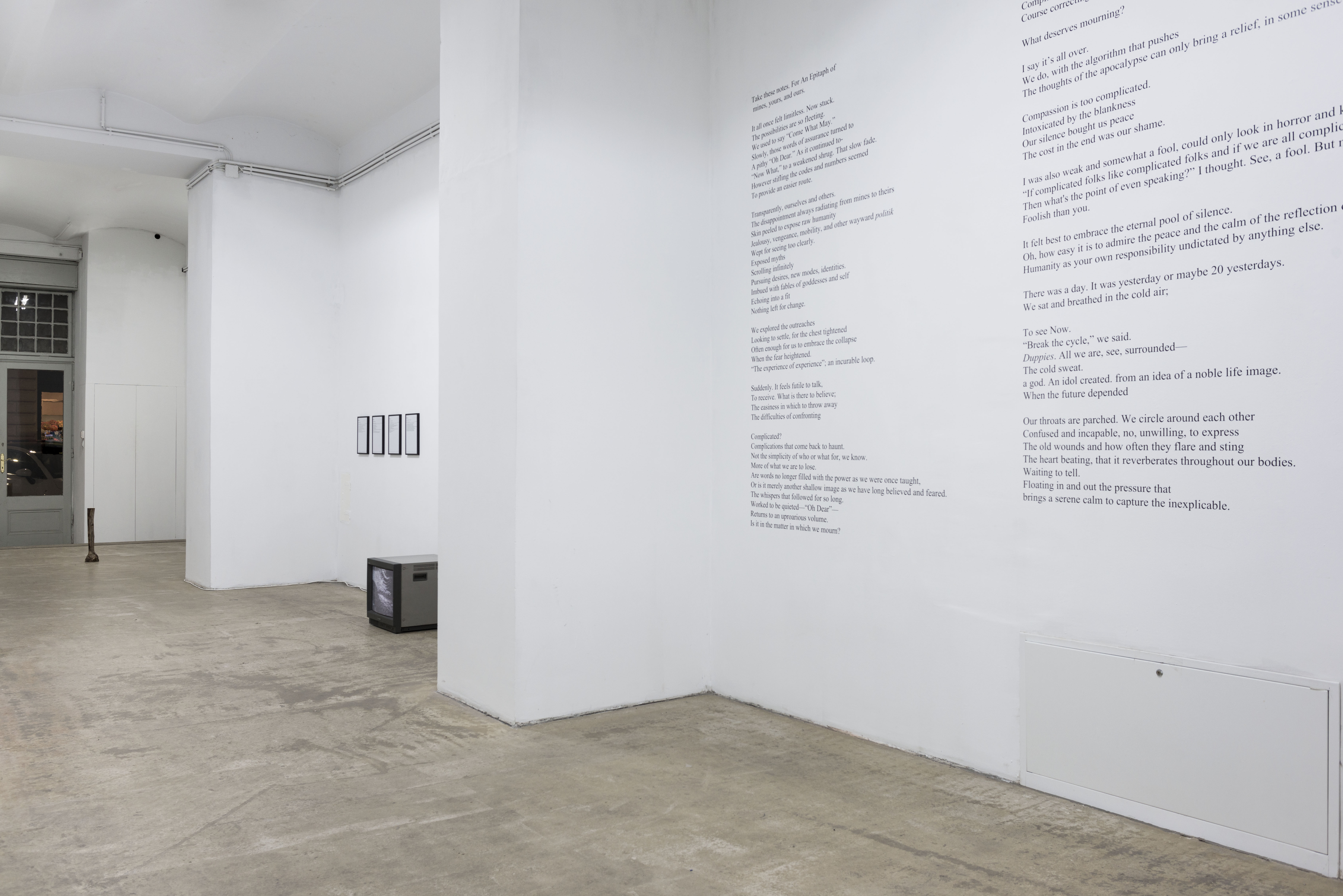 I am reluctant to extend too many words that seek to describe this space referred to as sorrow, which I hope, here, might be felt. Held. Independently. Together. Not held in a way that contains, but held in a way that acknowledges, appreciates, addresses, resonates, reverberates, shakes, wakes, and, also, rests. For a moment.

I am interested in an idea of sitting with sorrow.

I have been thinking about sorrow as some sort of gravitational understanding. A knowing that is carried in the body, or exists in the body, as what is conventionally considered as diametric, as opposition. These concurrent sensations simultaneously weigh one down, churn one up, and uproot. Existing, together, as suspension. A sensorial cyclone that displaces singularity.

Sorrow is beyond the body.

It seems to be a longing that is based both here and now and elsewhere.

Its forms of isolation are always in proximity to another. Longing.

What’s so tender about sorrow is that this longing for what is not coexists with this type of coursing understanding that it cannot be. This is known in a nature not unlike breathing.

Nurture is not orderly.

Order does not amount to anything greater than these hallows of honesty.

I feel quite close to something dear when I sit with sorrow. Its absence seems to beat in the heart.