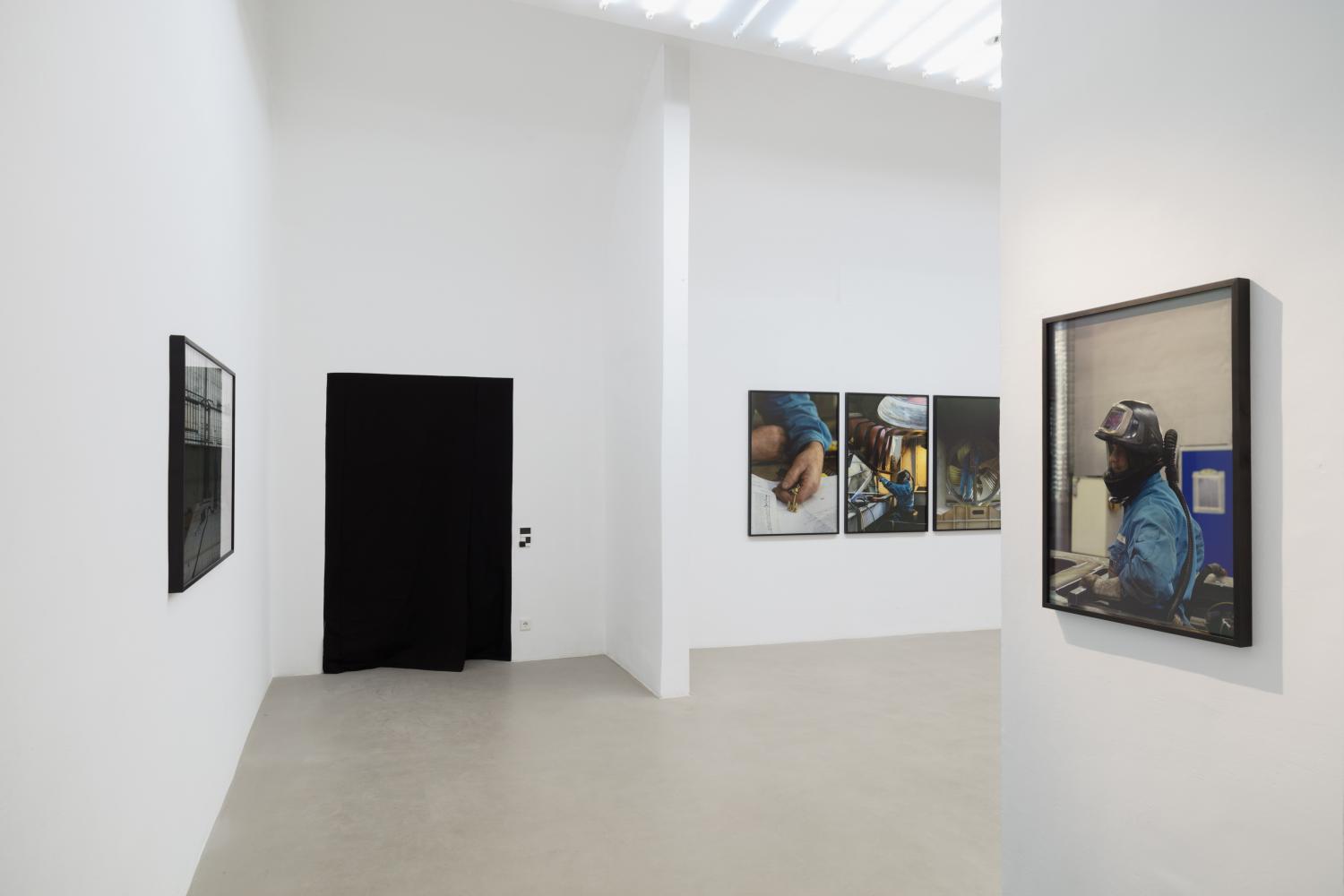 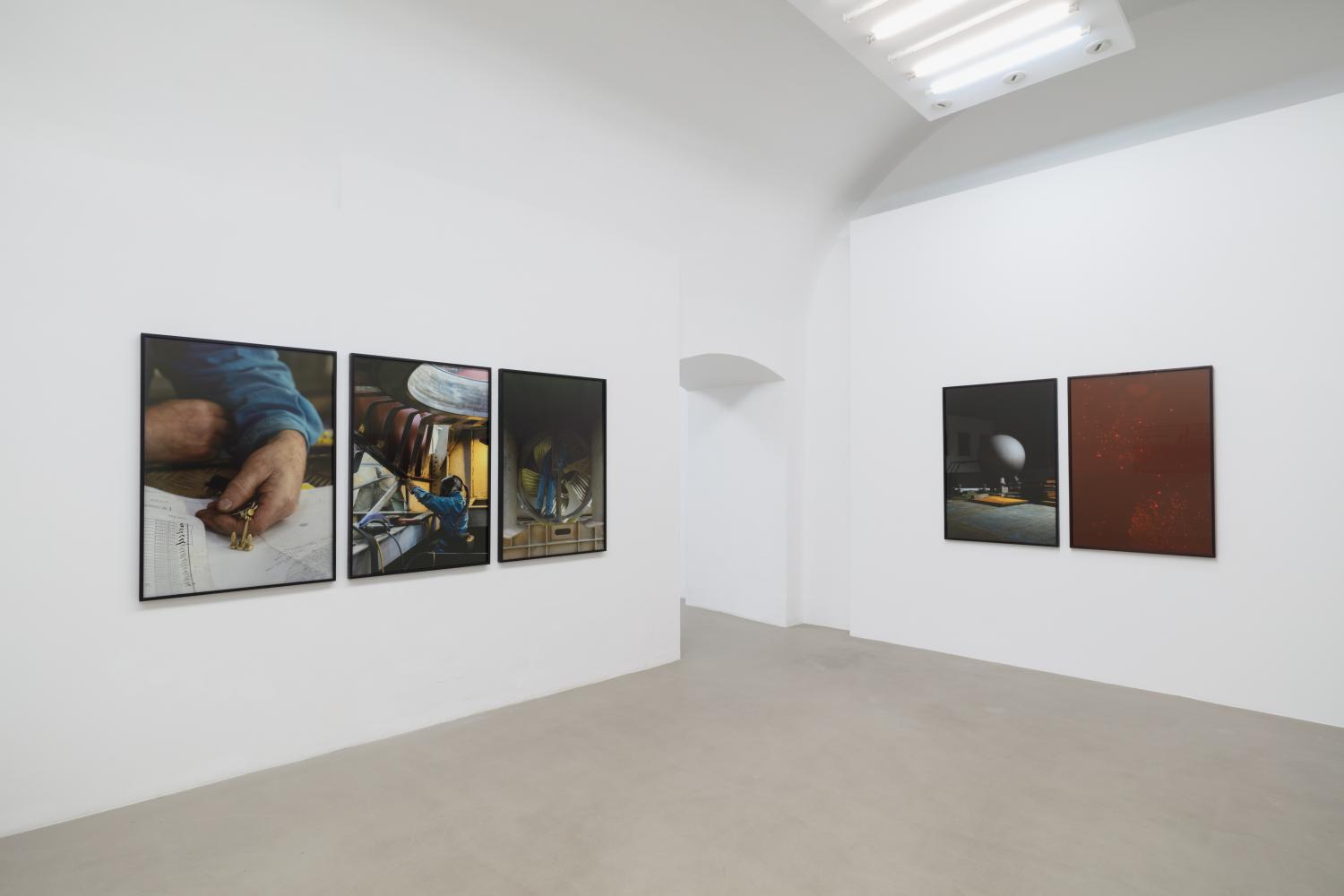 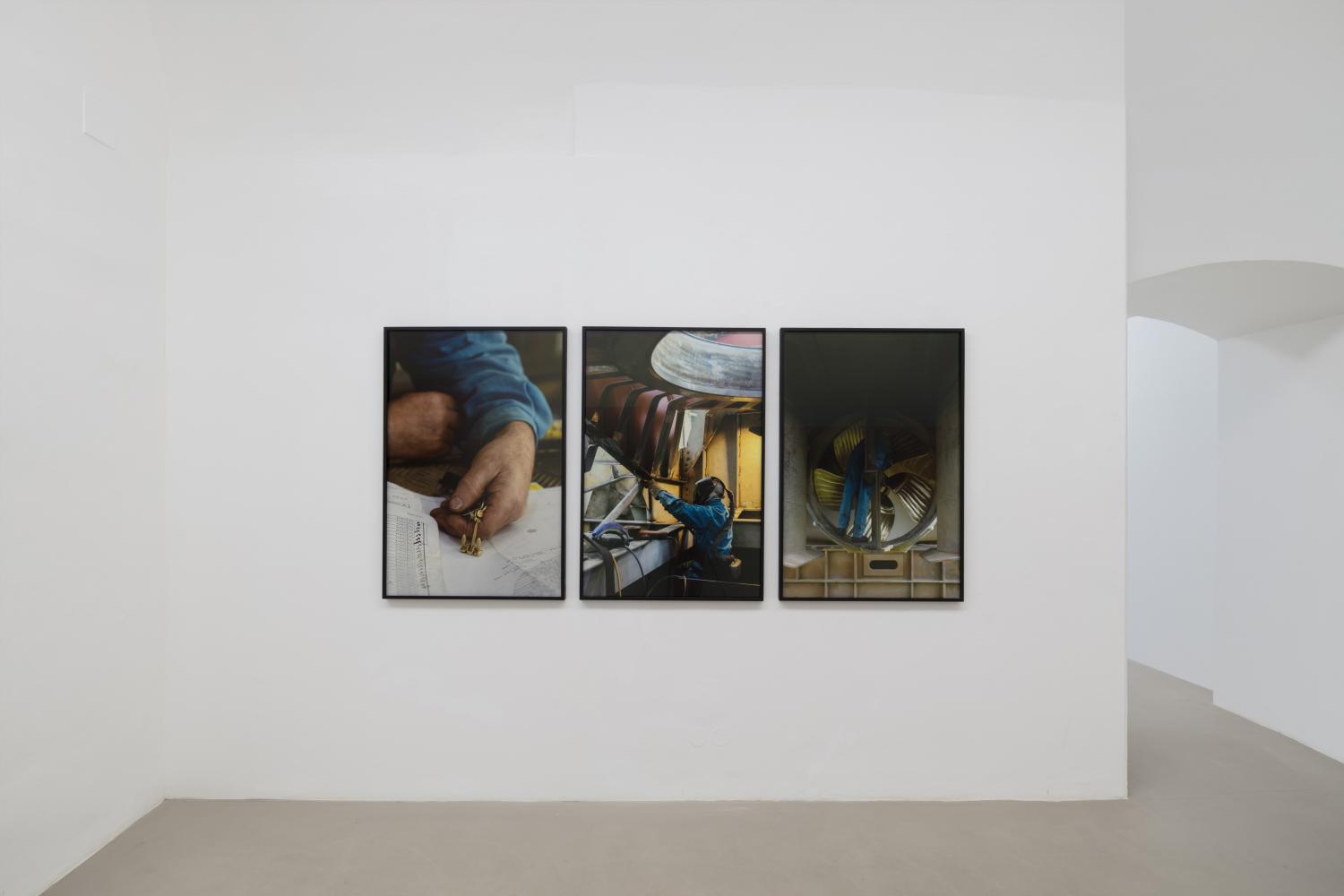 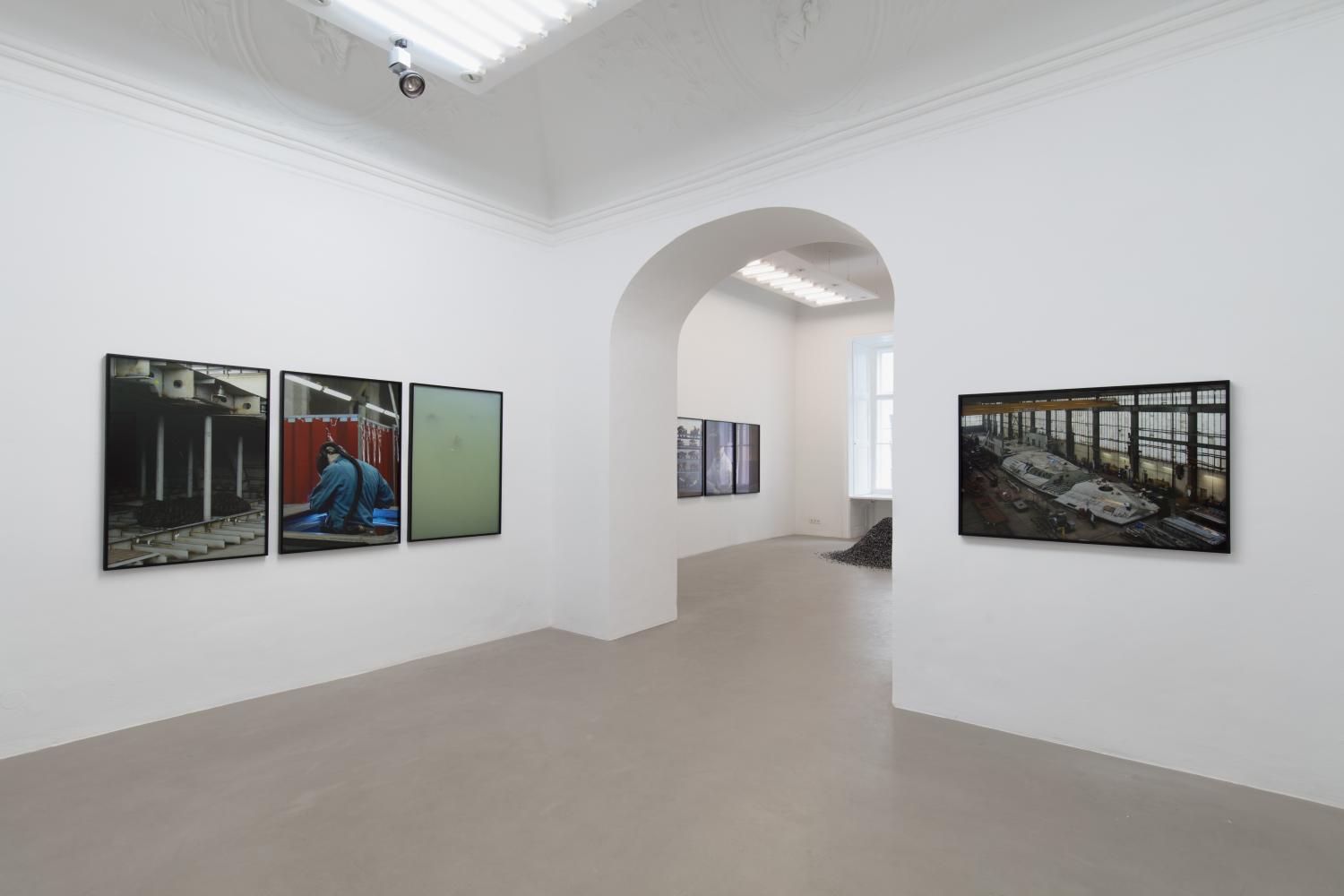 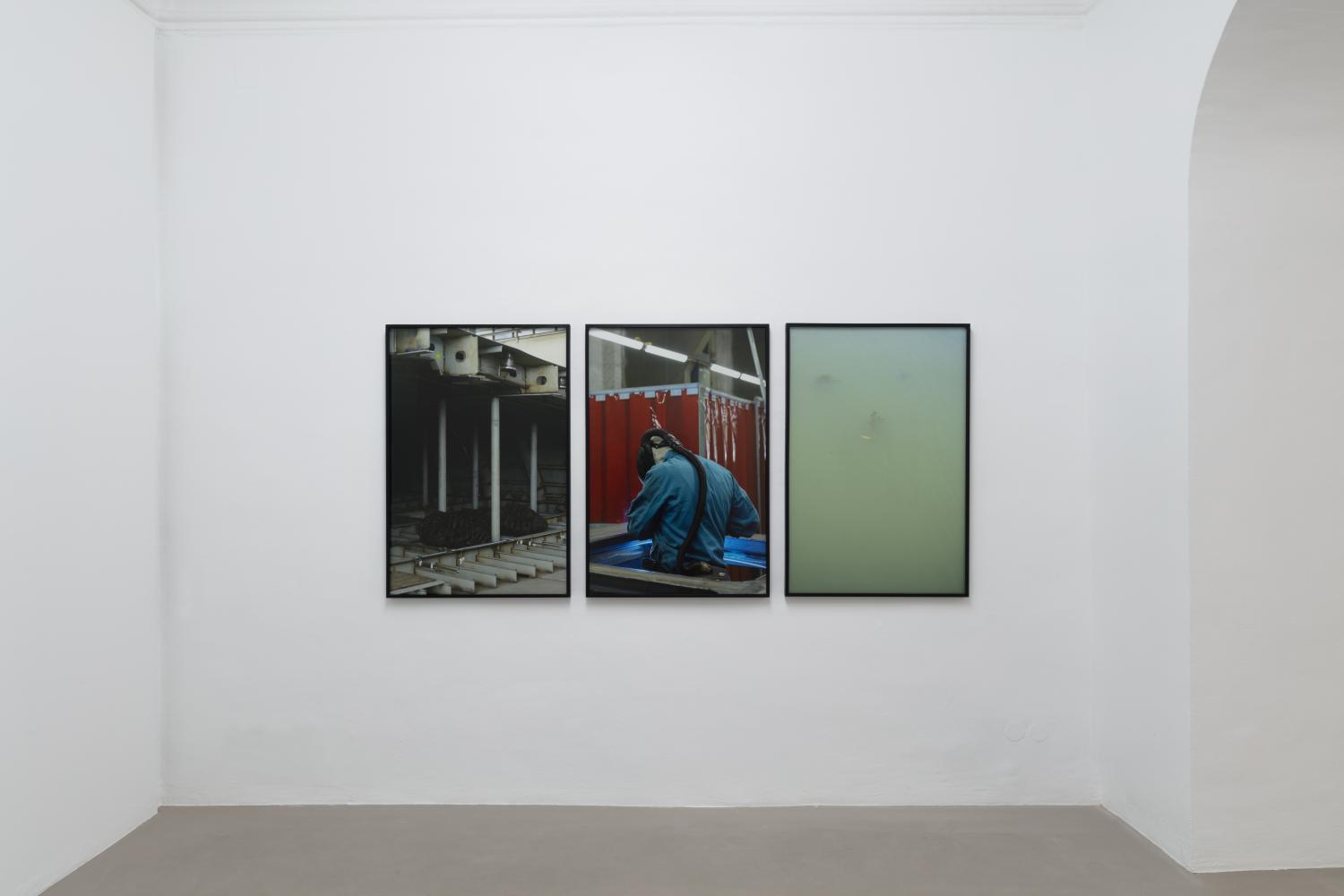 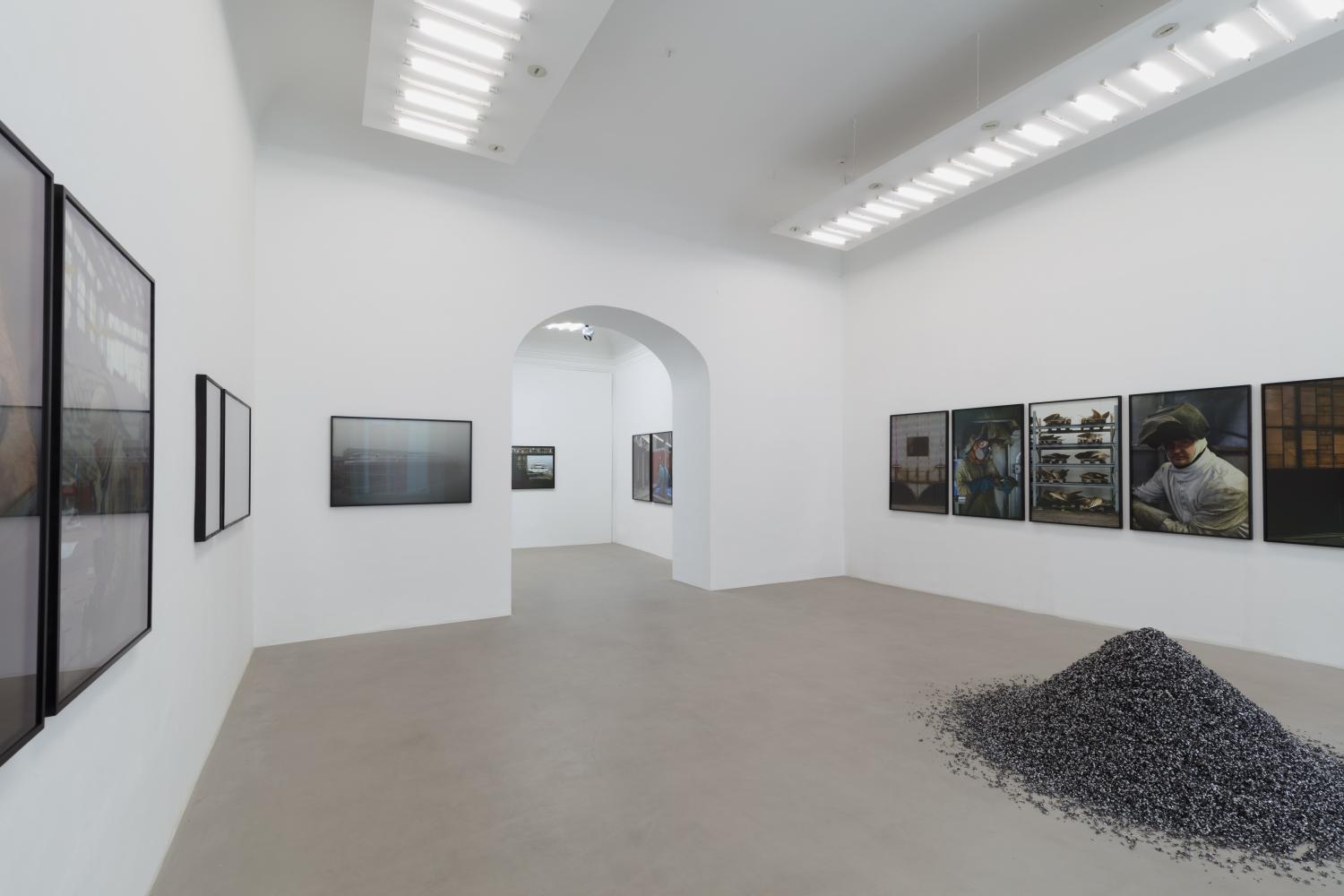 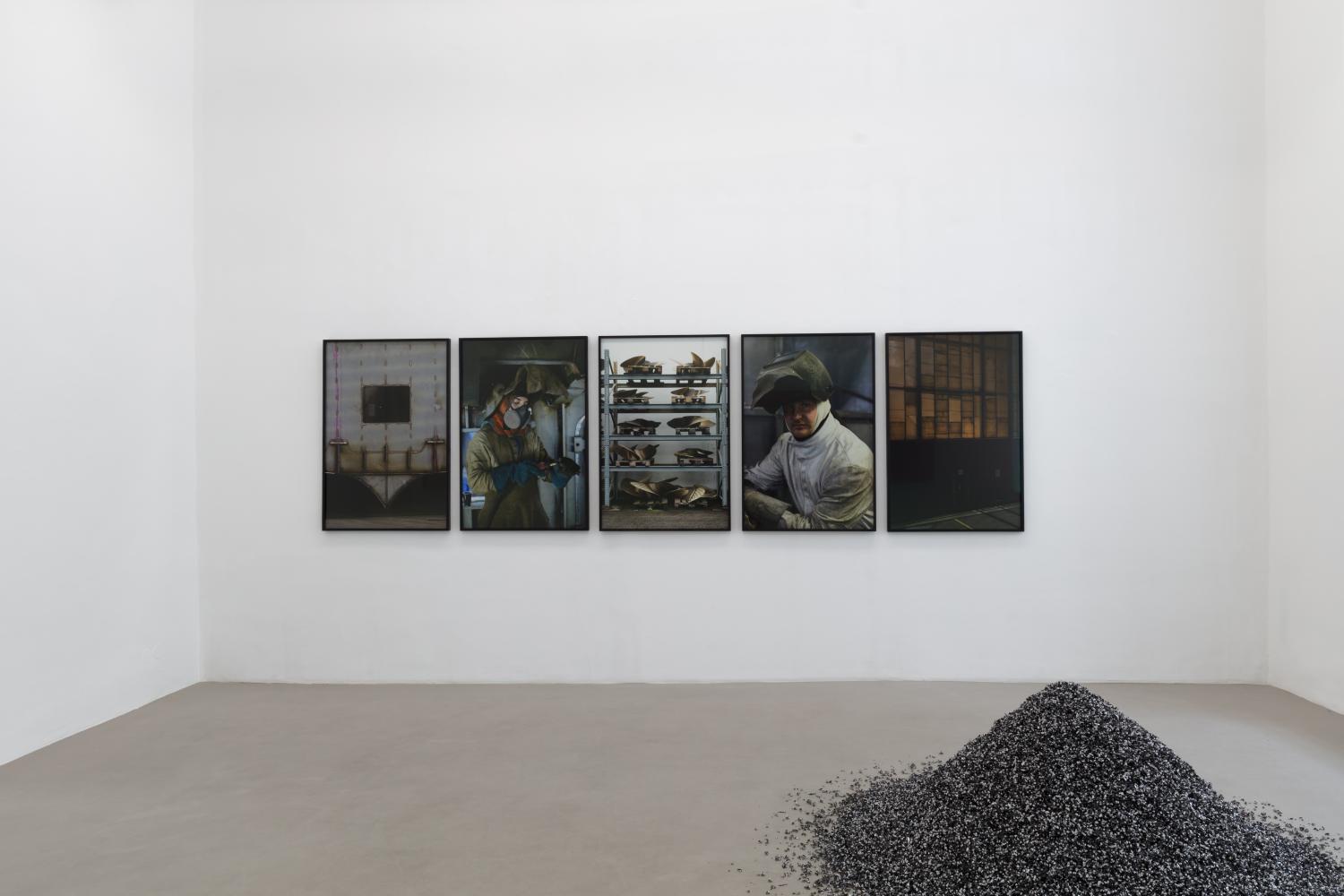 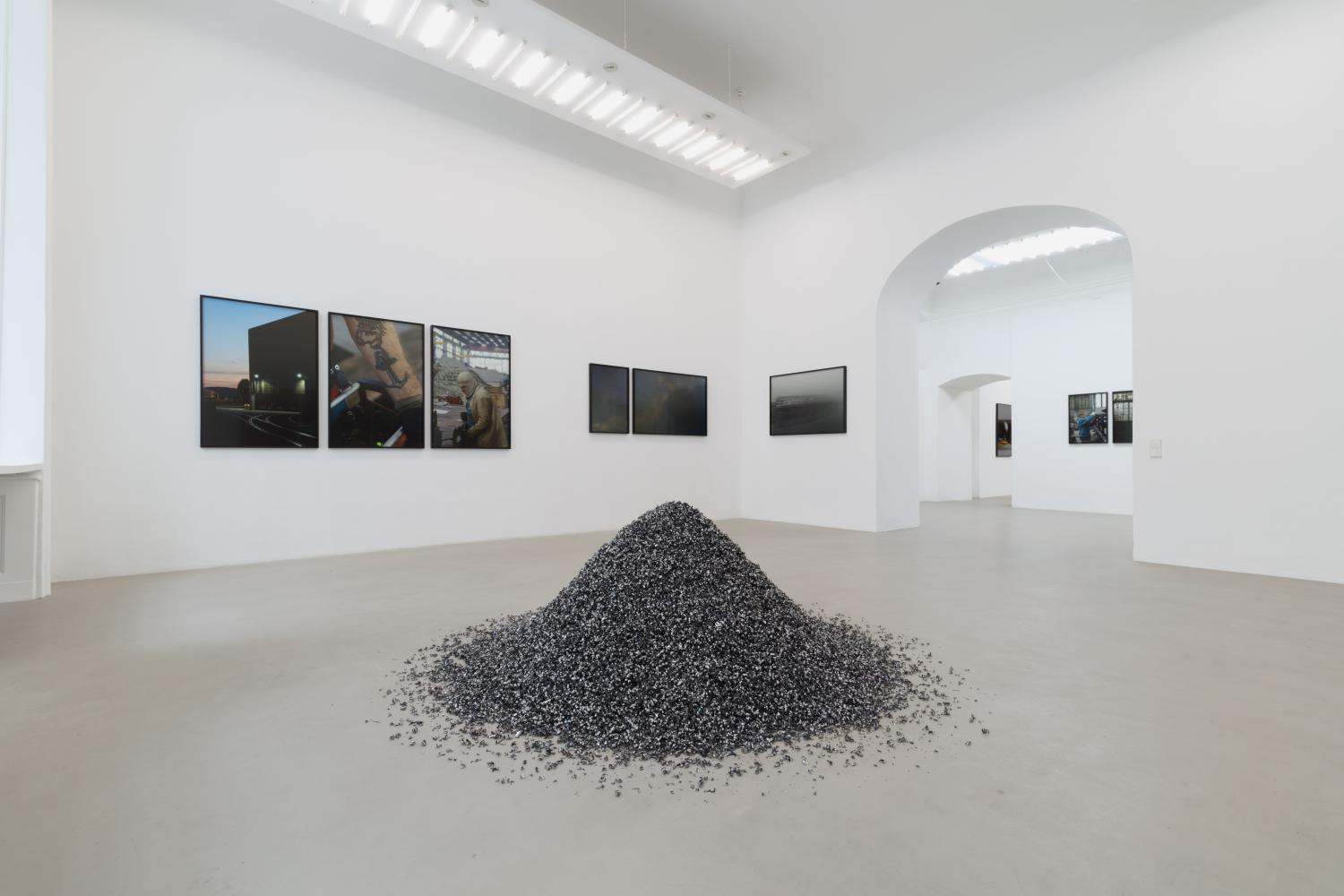 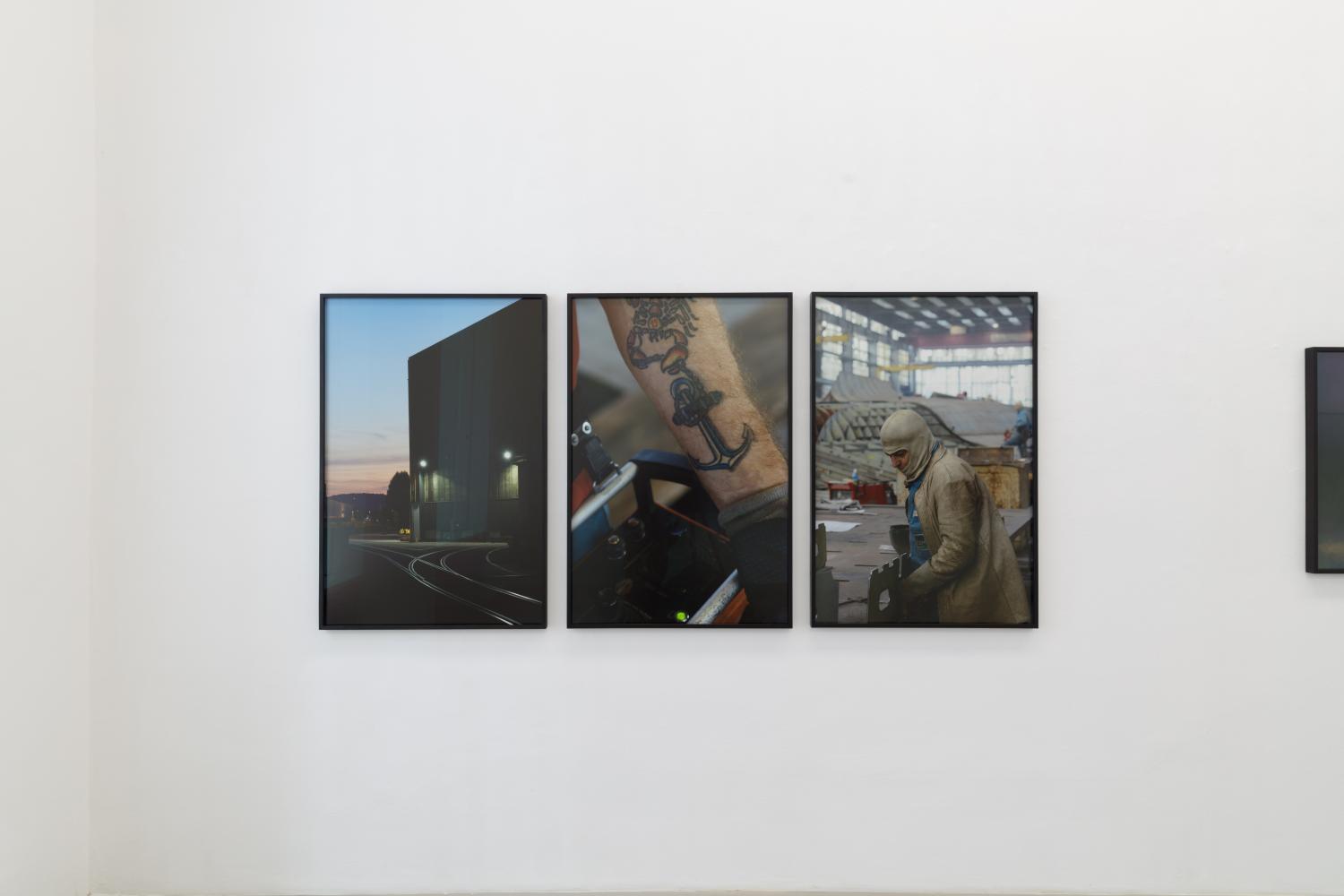 "Work" is a recurring theme in the art of Katharina Gruzei. Austria's last Danube shipyard provides the starting point for her photo series "Bodies of Work". In her pictures, the artist transforms the world of work she encounters into scenarios that seem weightless and reminiscent of science fiction. She depicts how the worker´s bodies and the workpiece merge within the industrial production. The precisely composed photographs meld different temporal entanglements: they engage with the anachronisms of the almost 180-year-old company and, at the same time, display a proximity to the aesthetics of space travel. The defamiliarized appearance of the scenery leads away from a specific segment of represented reality to novel aspects of time and space. The photographic findings of the series thus go far beyond a documentary approach.
In her experimental film "workers leaving the factory (again)" Katharina Gruzei hints at the first film by the Lumière Brothers and approaches a vacant building of the Austrian tobacco industry. With flickering light and haunting sound, the artists stages the closed factory and links film history to reflections on our changing world of work.