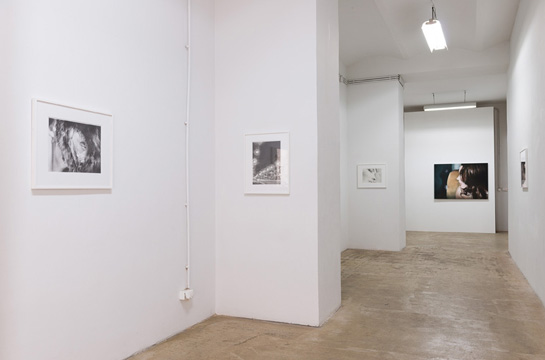 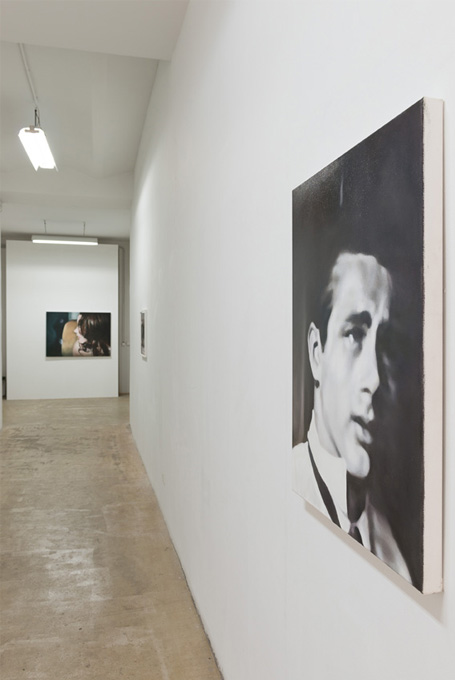 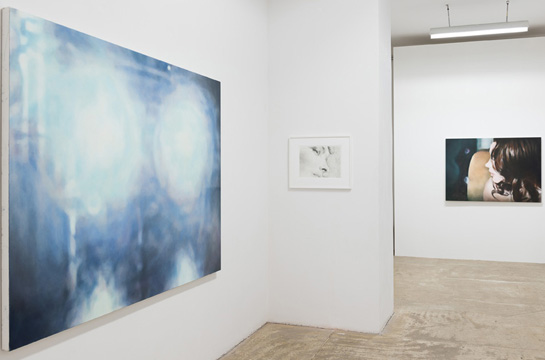 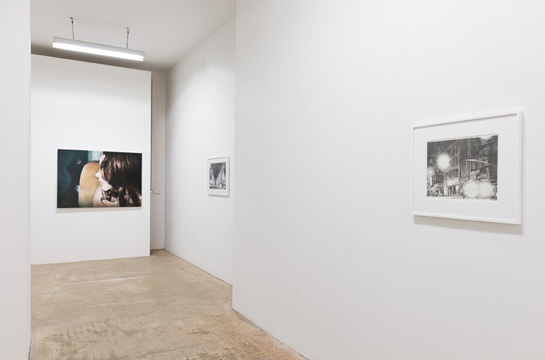 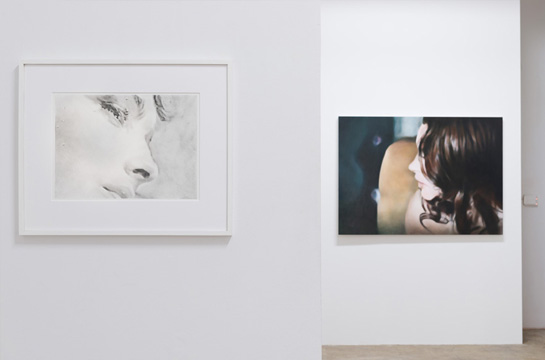 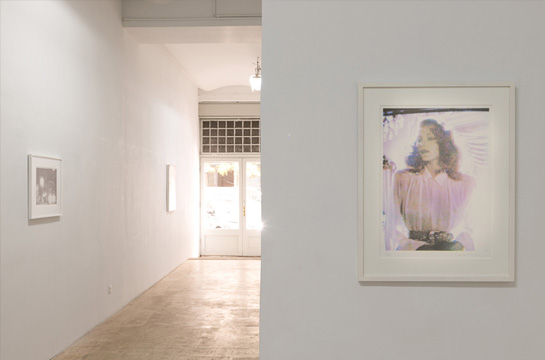 "The pictures of Judith Eisler seem straightforward enough. James Dean, Lou Reed, Romy Schneider, and Gloria Swanson, are depicted with cool, voyeuristic detachment. They're phantoms from a celluloid prison, forever young and beautiful just the way we remember them. Something of their archetypical personas attach themselves to our collective psyche, eclipsing the boundaries of time and death.

In rupturing filmic narrative, the paintings subsume all of the tenets of mechanical piece-meal structure; setting, time, and place. Most importantly, the artifice of cinematic lighting comes to the fore as a painted abstract element.

Eisler inverts the notion of "painterly" cinematic photography through the photographic stills she takes while the scene is on pause. A painterly transmission occurs when the chosen frame's visual information develops on the canvas. Her appropriations transform her subjects from one of scene narrative to one of and about painting. Furthering this recycling through mimesis are abstracted drawings that emphasize a kinetic sleight of hand and total grasp of her medium's specificity.

Essentially, Eisler is a painter-auteur who discerningly extracts a split-second out of film's 24 frames per second. The paintings and drawings become psychological studies about performance itself. A fleeting recognition subtly turns her female gaze into interior dialogs about today's post-image spectacle; its voyeurism, fantasy, repetitions, and invented personas.

It's a quirk of fate that the dying medium of celluloid filmmaking and analog photography effectively merge into the corporeal impressions of the 21st century tin-tube palette."