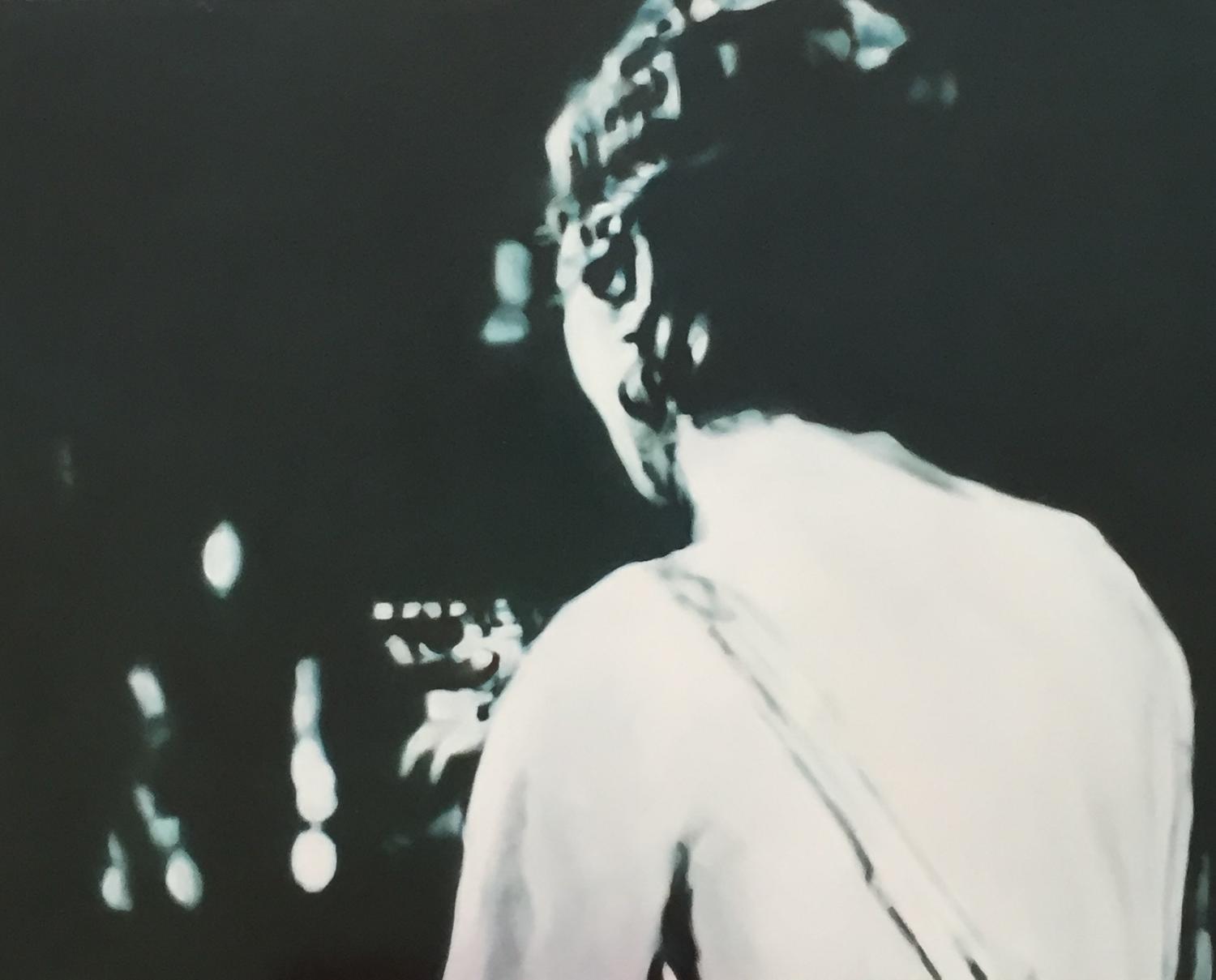 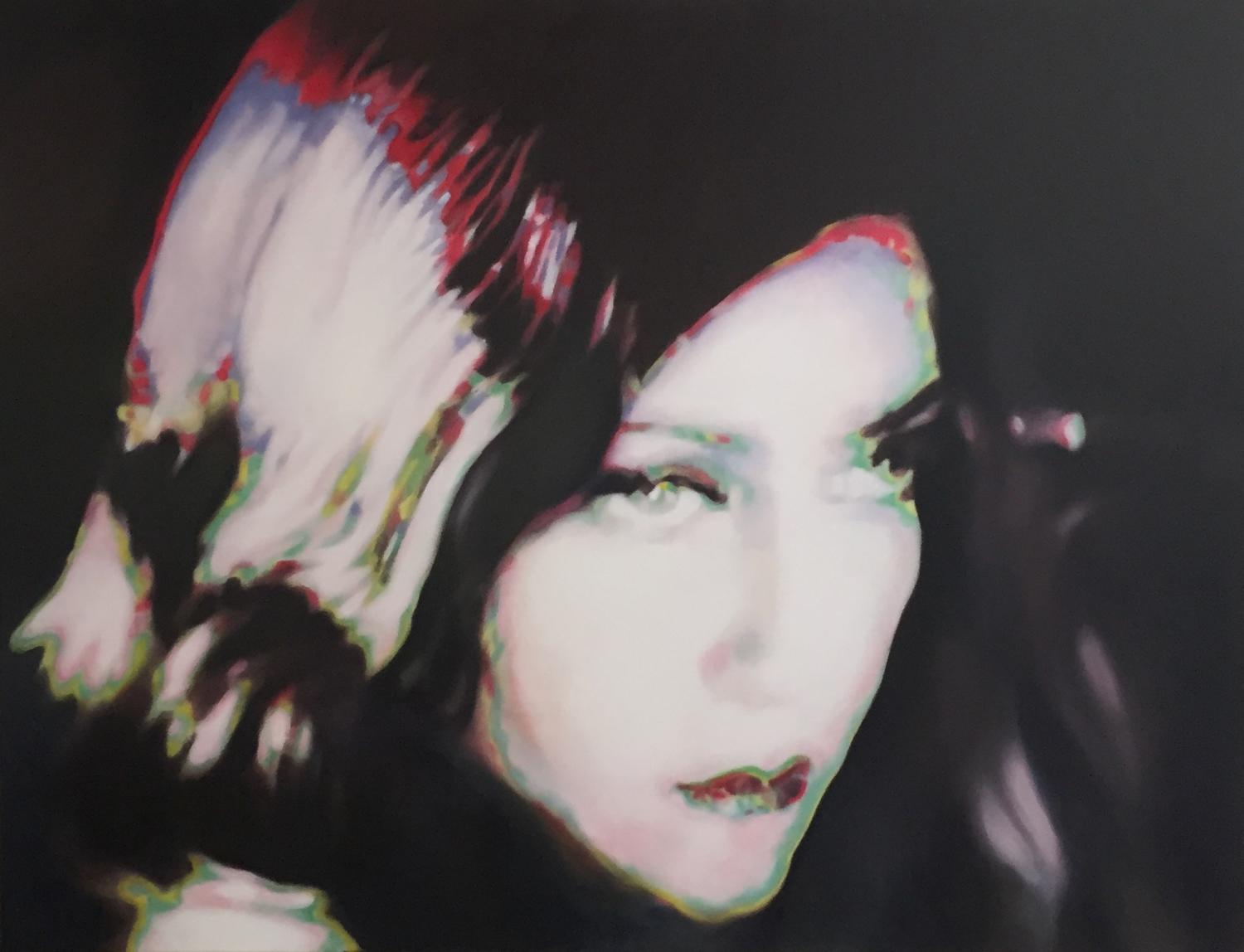 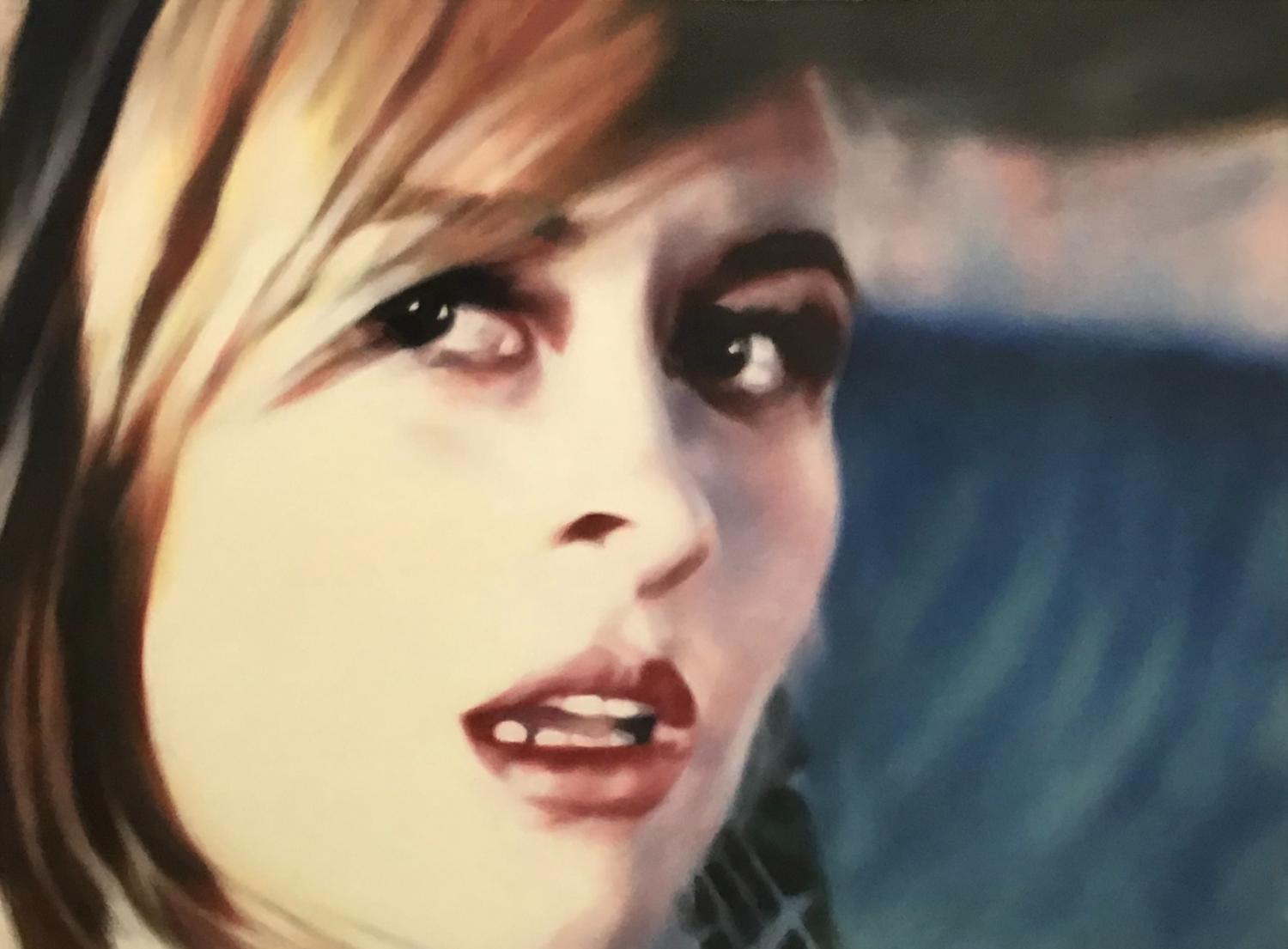 The reality that I am investigating is one that is mediated through screens and layers of technological interference. I am interested in describing something that is recognizable but my primary concern is to understand how the abstractions inherent in the process determine the structure of an image. The indexical version of photographic reality is transformed as painting uncovers unexpected narratives that exist within an image.

Cinema is an illusion that we accept as an alternative reality. It is a device that can transform the spectator, shape our vision and identity, and is part of a shared culture. By pausing the narrative and isolating moments, I am attempting to understand what we are seeing: straight lines do not exist, form wavers and blurs, but still, something is seen that we denote as being ‘real’.

Working with the pause button and a camera, I look for a precise instant that embodies an action, an emotion, and a psychological tension. Godard said ‘the cinema is truth at 24 frames per second”. I am interested in what happens when the temporality of cinema/reality is interrupted and explored with marks of paint.

I am photographing paused images of staged realities as they appear in a cinematic narrative on a monitor. I then make paintings of the resulting perceptual phenomena. I am not interested in the linear narrative that exists in the film, nor the linear perspective. I am concerned with the narrative that develops within the frame of the painting.